The haute couture of first-class cuisine flirting with psychology and adventure in the style of Homer’s The Odyssey.

With a subtle sense for each guest, David creates an unforgettable individual journey through the land of delicious bites.

David’s culinary world can easily be compared with the world of haute couture, as they have a lot in common: dreams, imagination, the concept, boutique ingredients, and demanding guests. And as great couturiers do, David, too, uses a personal approach. First, he checks the taste of each of his guests; at his restaurant Mak in Maribor, which can host a maximum of 40 people, he speaks to each guest separately. “I became a psychologist when I was eight when I observed the family restaurant. I can tell what people might like,” he says. He asks his guests about allergies and the time they have, and then shuts himself away in his laboratory. David does not have a menu. He whips up his dishes based on ingredients he buys daily at the small open-air market and from farmers.

We transform it into various textures and add them to plates little by little.

“A trader at the open-air market had a beautiful small carrot. And I bought it. I knew I could make something of it. In all these years, many people have provided me with meat, vegetables, dairy products. These are honest people who work hard and do their best. They know that I will make the best from their produce.” David’s dishes look like haute couture creations not everyone understands. That is why guests should visit David in high spirits and with trust. He may be compared with Homer, as he guides his guests through an unknown odyssey full of delightful bites from seemingly incompatible ingredients. Before the adventure, guests may learn about the ingredients the chef will use, but not about the shape and combination in which they will get them. But no worries, so far, all guests have returned, usually full and satisfied, from David’s odyssey which frequently sidetracks from the planned journey into the cellar so that guests can listen to old music from a record player. 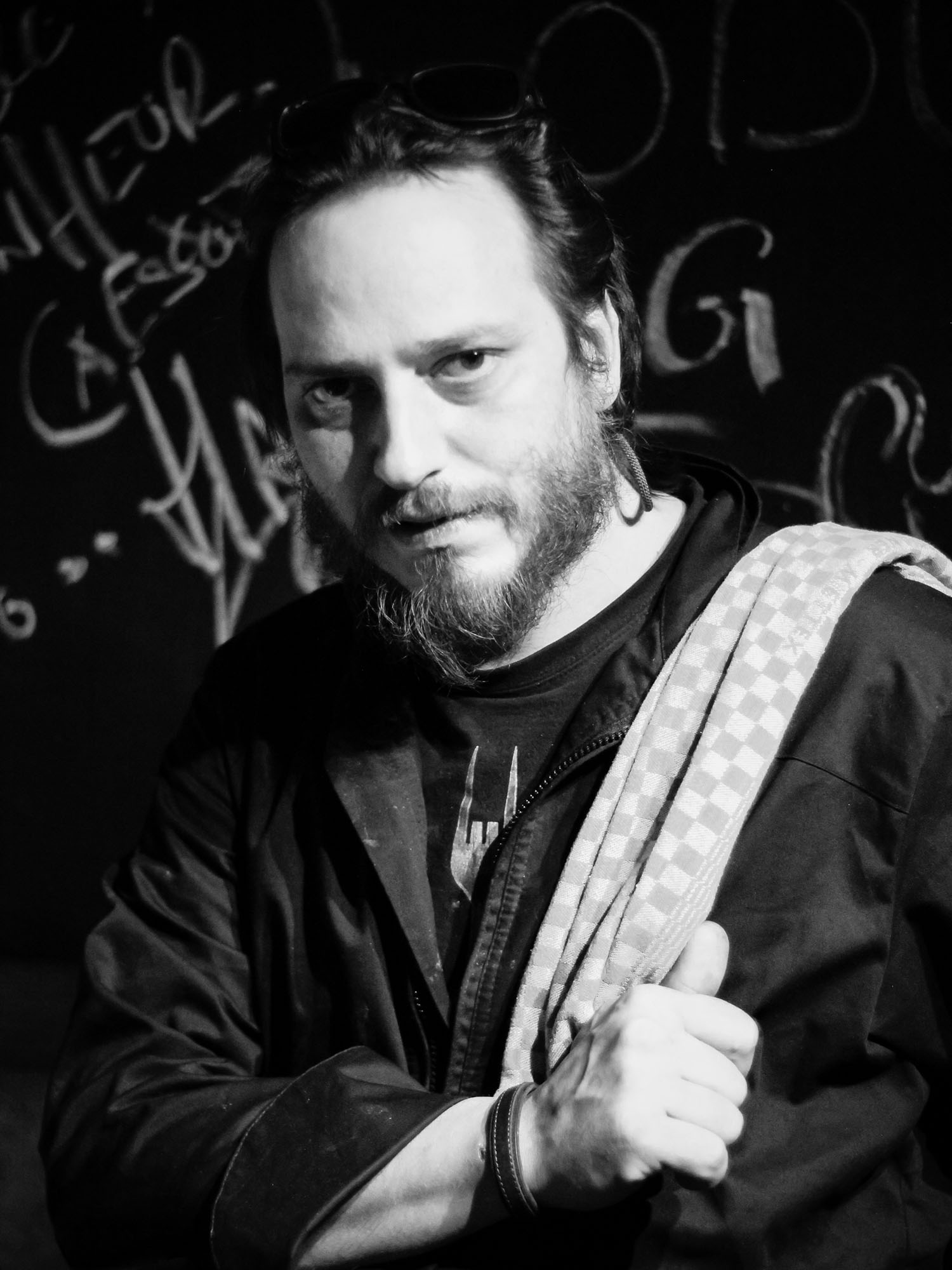 The poppy is a flower that grows where it needs to grow. When you pick it, it quickly withers. But mighty dust may be made of it.

Mak (Poppy) is the name of his restaurant, and David is just like the poppy. Not ostentatious and loud, but modest, silent, and reserved. And just like poppy dust, which is none other than heroin, he may be very effective when it comes to mesmerising pleasures. Guests come from all over for them. “I welcome each and every guest, and devote myself to them as much as I can to make them satisfied.” David’s approach to his guests is completely personalised, making the experience unique and priceless, which is the trend in global tourism. But since he has been doing this for several years, he is actually a trendsetter. When hearing these words, David will only give you a modest smile. 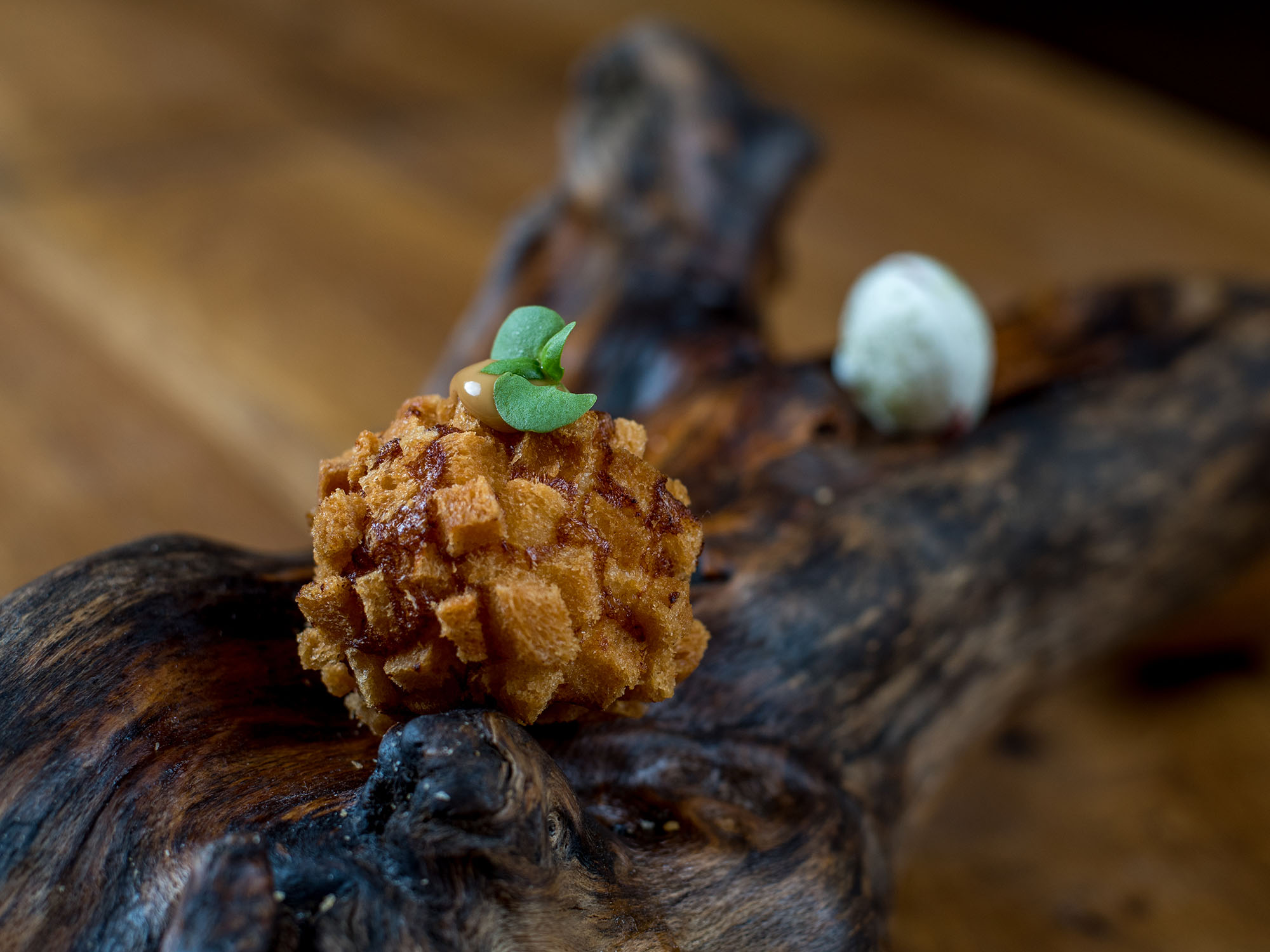 I am neither an artist nor an avantgardist. Perhaps only my approach from the kitchen to the table is slightly different

David’s mother taught him how to cook: “Without any deep fryers, sous vide machines, microwaves.” Everything happened at the wood-fired oven.” The family restaurant, which was always packed with guests from neighbouring Austria, was located in Zgornja Kungota, where his brother Gregor, who is also among top chefs of Slovenian top cuisine, now cooks in a new building. It was perfectly normal that they both help in the restaurant, even as children. “I like working with people, creating, and learning about foodstuffs. Perhaps, this is all because of books that contributed to my decision to become a cook. As an eight-year-old, I browsed through them, admiring beautiful pictures of food. They changed how I view the world, cuisine, food, foodstuffs, as I learned that there were also different, more innovative ways to serve food,” remembers David, who does not want to be an artist. “Eh,” he waves his hand, “creating plates isn’t talent, it’s trying and learning.”

He left home because he wanted to learn and believes that only hard work pays off. He spent eleven years in Europe and South Africa. He does not like to brag about where and with whom he worked, as “cuisine differs between cultures. In each cuisine, you find good and bad things, what you may and may not do. All cooks who work with me get to know both sides of hospitality.” But certain sources say that he learned cooking skills from famous names and at addresses of global cuisine, such as Christian Petz at Palais Coburg in Vienna, Dieter Koschina at Vila Joya in Portugal, Gerhard Schwaiger at Tristán, the best restaurant in Mallorca.

He has had his own restaurant for about eight years, and organises special evenings with famous chefs, including chefs under whom he trained. “I’m glad that more and more food lovers are coming to our country. Although our nation is small, we are genuine and have exceptional foodstuffs. Activities of the Slovenian Tourist Board have contributed to the fact that Slovenia is talked about a lot in the world. And, of course, Ana Roš put the cherry on top,” says David in his characteristic philosophical way. He always thinks carefully before saying something out loud. There is not much room for thinking in the kitchen. Or so it seems, when his hands appear to be faster than his brain as he creates surprising dishes, spinning swiftly around the kitchen. Gault & Millau Slovenia named him Chef of the Future in 2019. “If I died immediately after that, there would be no future,” he laughs mischievously and adds that it is nice when people notice “that we do our best in this region, too. But awards mean that we must work even harder.” 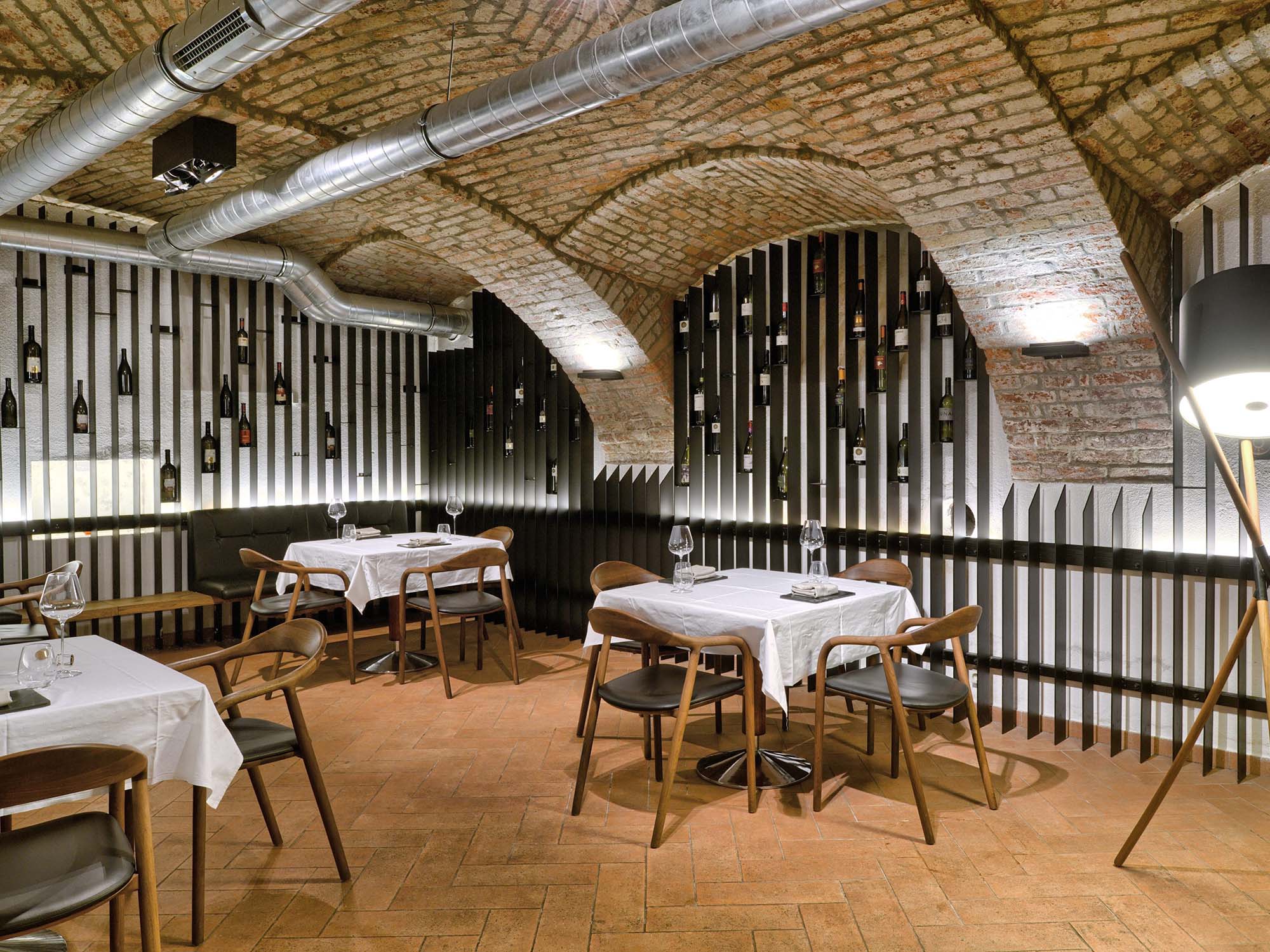 Mak Restaurant is one of the best and certainly the most extravagant restaurants in Slovenia. 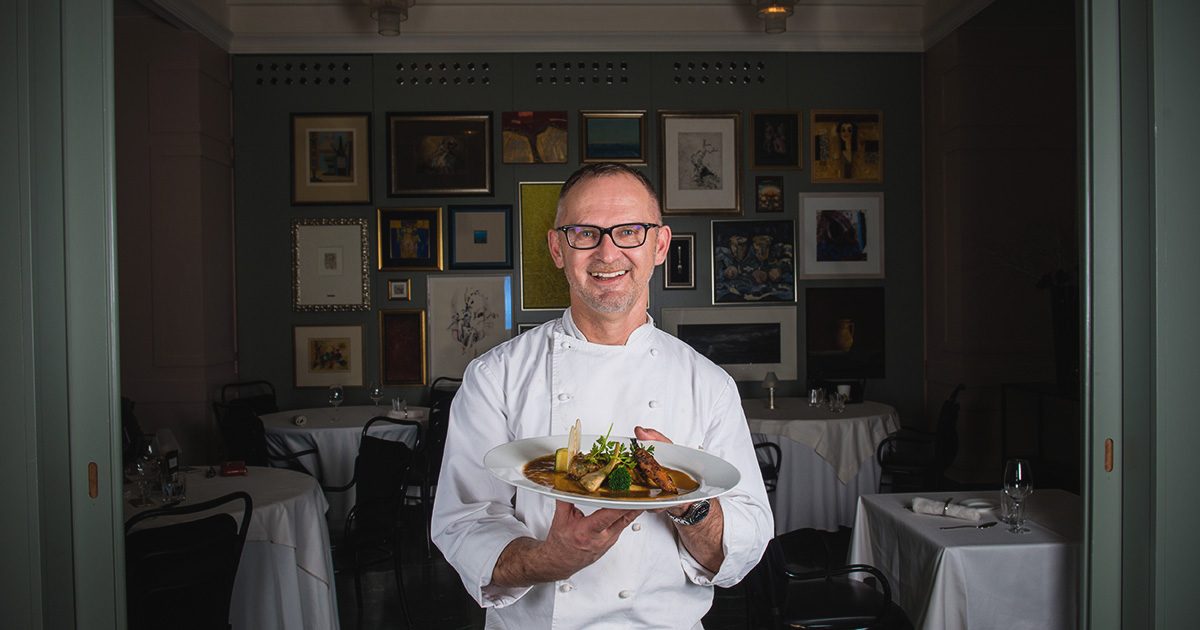 A pioneer of Slovenian top cuisine, master of innovations from traditional, forgotten and less used ingredients. 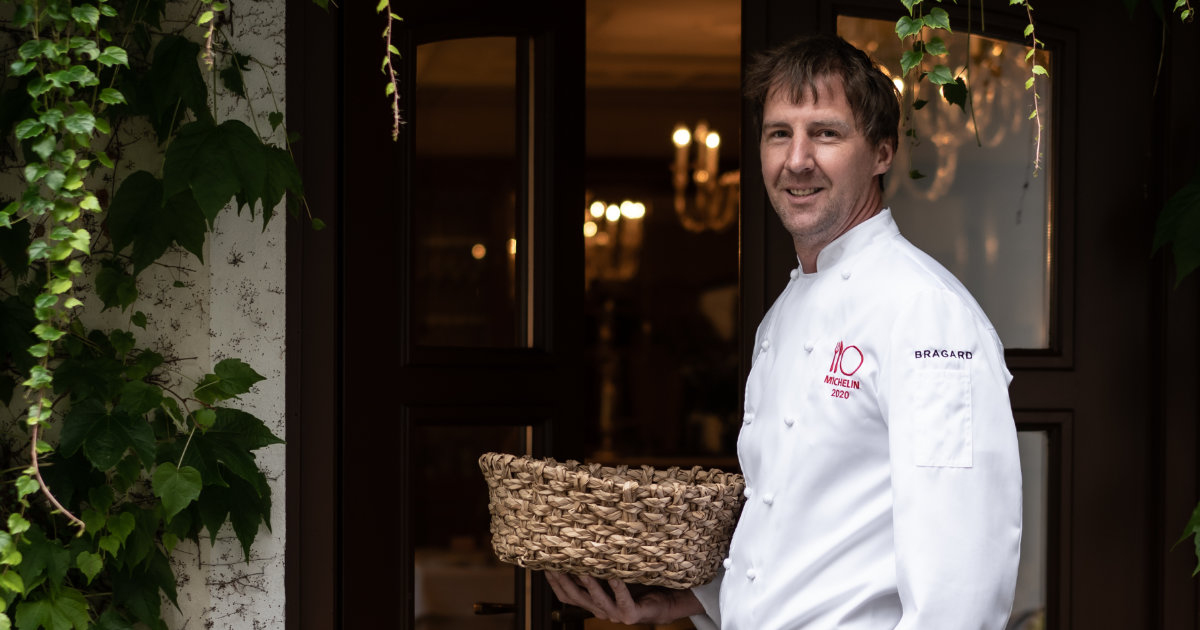 Universality in cooking and a special attitude to aromas are the traits of a chef with a distinctly artistic soul. 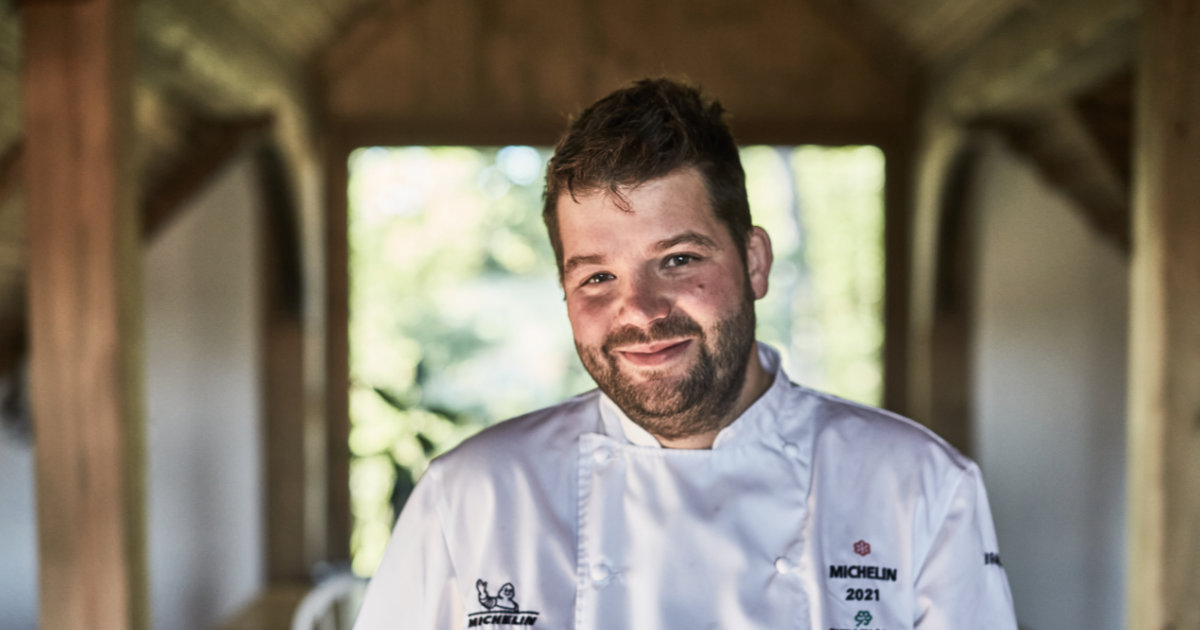 Avant-garde cuisine that complements local Slovenian ingredients and traditional procedures with the elements of the Scandinavian cuisine.