Avant-garde cuisine that complements local Slovenian ingredients and traditional procedures with the elements of the Scandinavian cuisine.

Luka Košir believes that practice and a pinch of boldness are more important for cooks than school, followed by the feeling for cooking.

“My parents decided that I would be a cook,” says Luka about his beginnings in cooking, which go back to his early youth. Life on the farm is closely connected with food production and preparation, His mother and father kicked off his culinary story when they opened Brunarica, where they offered homemade cold cuts, stews and pizzas in their home village of Šentjošt nad Horjulom. Luka got his first cooking experience here.

Because it is almost impossible to find it. It is on the menu perhaps once a year.

Butter is the essential element of cooking.

He learned from the best – he created with Janez Bratovž at JB Restaurant and Boštjan Pavli at Harfa Restaurant. However, he returned home to develop his philosophy and working method in the family restaurant. He attempts to use local raw ingredients and be self-sufficient with the food that he produces, picks or catches with the help of other family members and local farmers. Traditional and modern storage methods play an important role in self-sufficiency. From souring, salting, curing, smoking and fermenting to cooking brandy, jams and compotes. 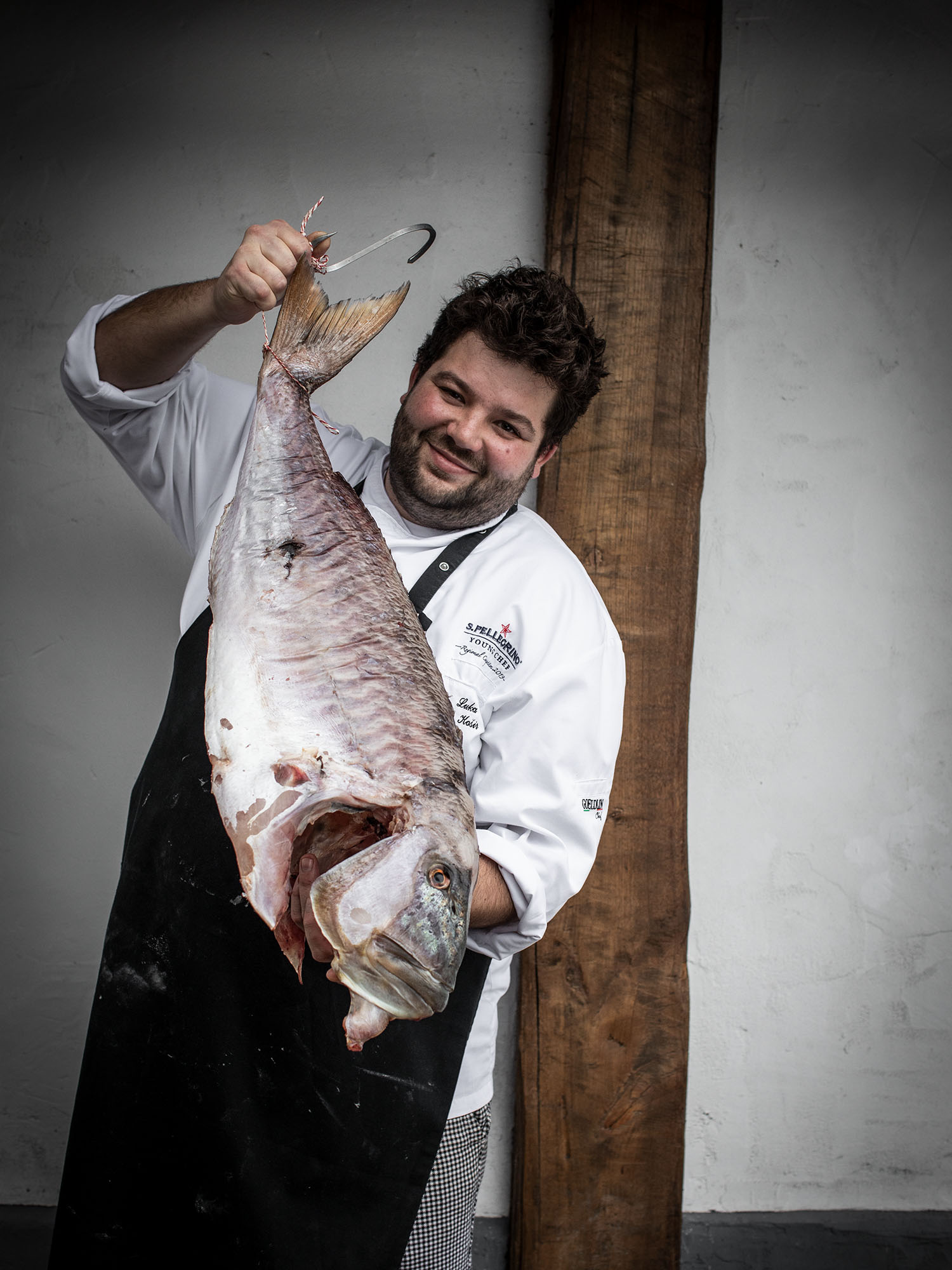 “If you grow your own vegetables, you appreciate them more than if you buy them in a shop.”

His cuisine focuses on vegetables. He likes to experiment with techniques, although it all begins with storage. He follows the Scandinavian, sometimes Asian, example or the Slovenian tradition. He preserves following the traditional method. He makes miso paste from beans. He pickles. He preserves using lacto-fermentation. Luka is a treasure trove of ideas: “The secret of artistic cooking is to be limited to local ingredients and seasons and be creative with what nature provides.” His dishes reflect just that. For example, his tempting jam running down a granite rock. That is Luka too – plates that aren’t plates. However, they are handmade and leave a lasting impression. Some of the plates are made by the restaurant staff, while others are made by ceramists. Each dish has its own special plate and he has collected a large number over the years. “There are over 40 sets of them,” says Luka about his special collection of plates. 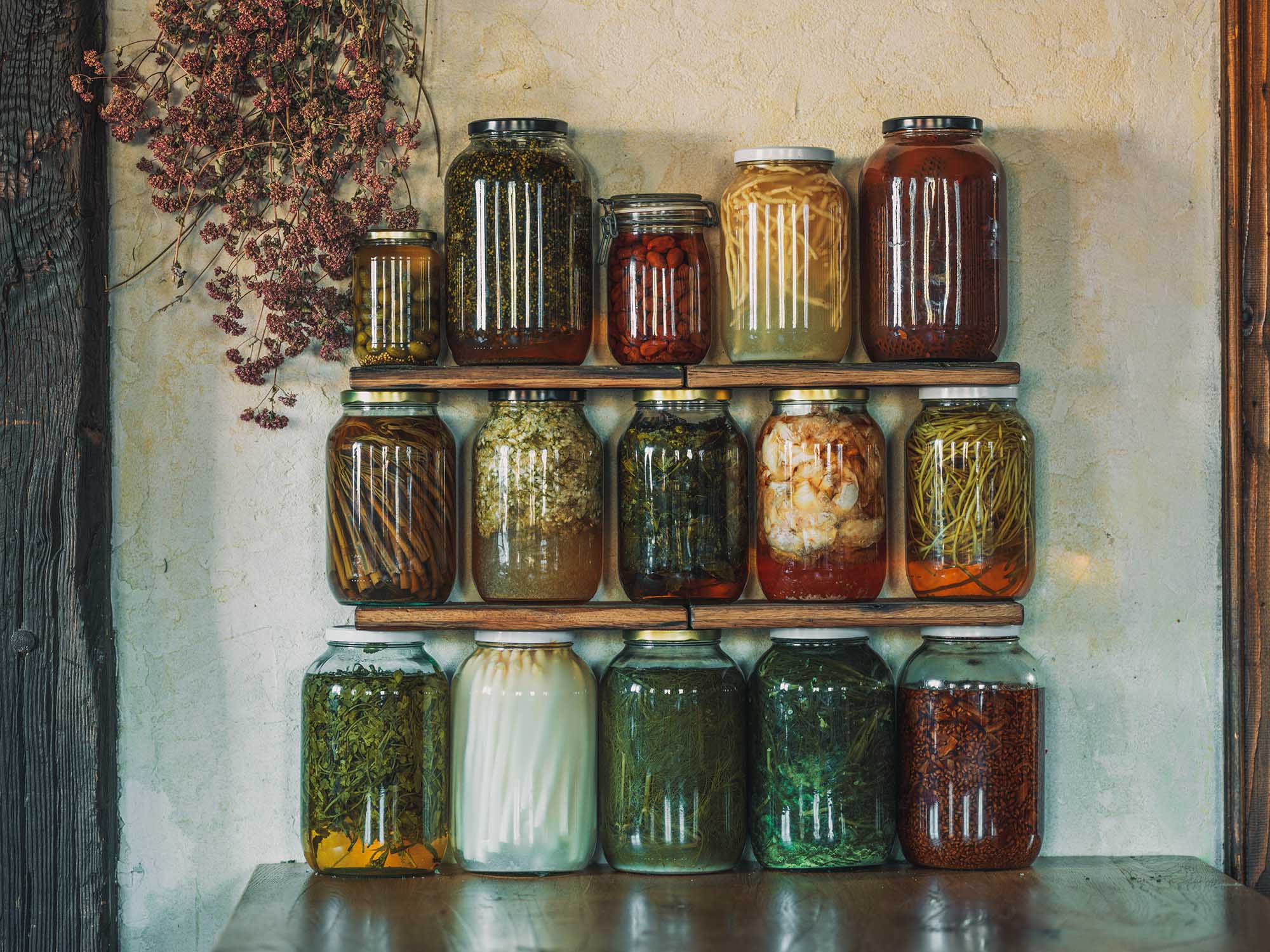 Chef are ambassadors, setting an example with their work.

Today, cookery is much more than simply cooking. It is a mission and a way of life. And a socially responsible function. Cooks are influencers, whose example and working method encourage cooking enthusiasts and the general public. They do not only promote dishes, but also raw ingredients. “People must know where ingredients come from. This is all the more important in Slovenia, where everything is available and we don’t have to go far to get good ingredients.” We must be more aware of our identity and the advantages of producers. “And it’s not just about cooking – as a result, producers have more work.”
He sees the production and use of local ingredients as his greatest success. From the field, forest, meadow… Luka goes on a picking mission every day, and as ancient as it may sound, wild leek, shiitake mushrooms and dandelion flowers are transformed into the avant-garde flavours of the future on his kitchen counter. He combines them superbly with meat. It may be the meat of a Krškopolje pig or smoked duck breast, homemade of course. Luka has an organic farm containing pigs and ducks. As a counterbalance to local ingredients, his cuisine also boasts the treats from the depths of the Adriatic Sea. Scrupulous wild fish, fine crabs, soft prawns and mysterious scallops.
Luka is loyal to his local environment, ingredients and people. That is why his restaurant always smells of delicious homemade pizza, while a handful of neighbours toast with a well-chilled beer, discussing current events. These are his roots, faces he has known since he was young, the wood his father used to make a log cabin, buckwheat bread kneaded by his sister and liqueur made by his mother. It seems that there is a large gap between the traditional and the modern, although chef Luka seems to have fused them together. They coexist atop a picturesque hill with an idyllic view of green meadows and fields. Avant-garde cuisine in the home field. 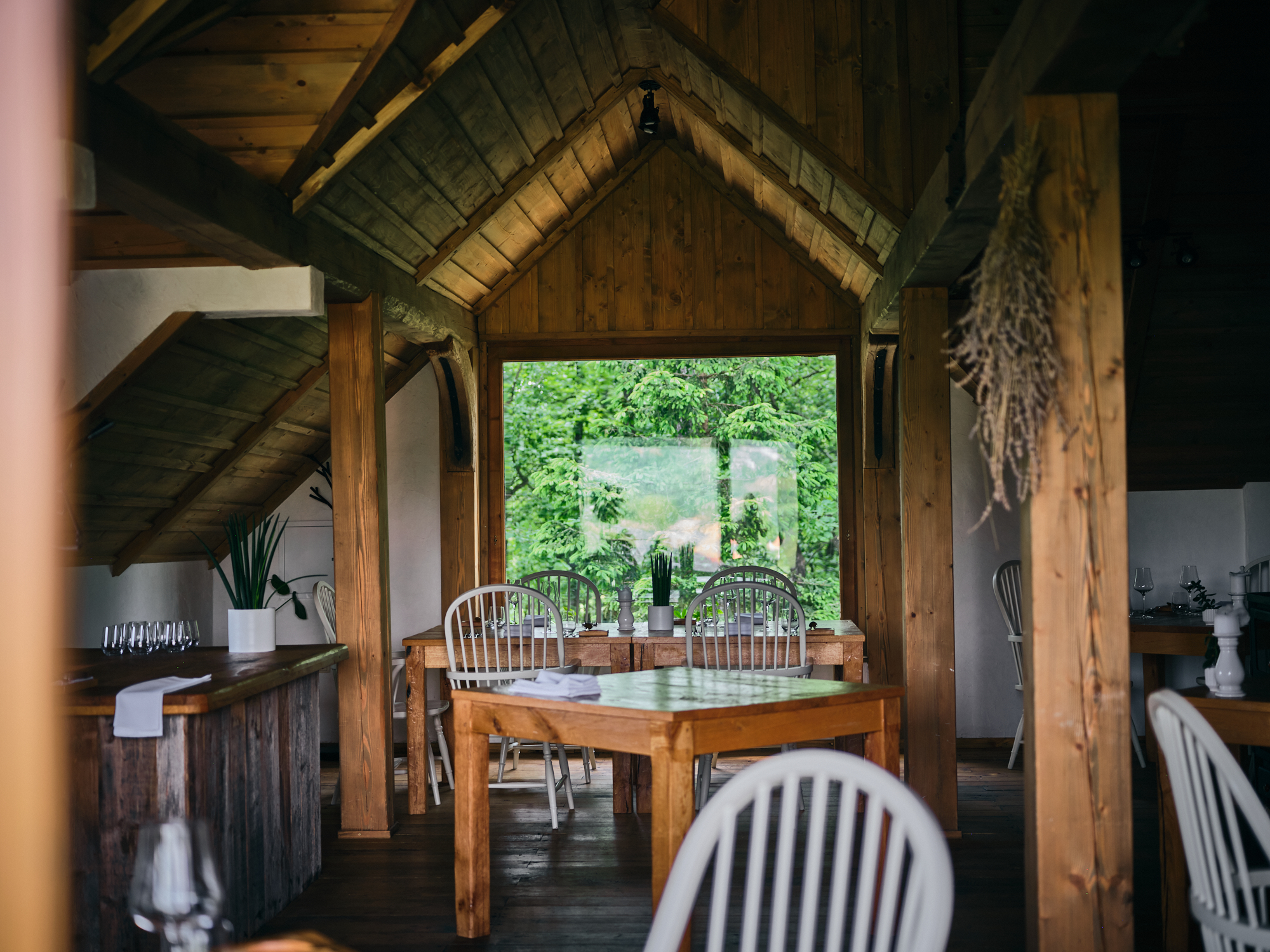 A hidden gem above Ljubljana. 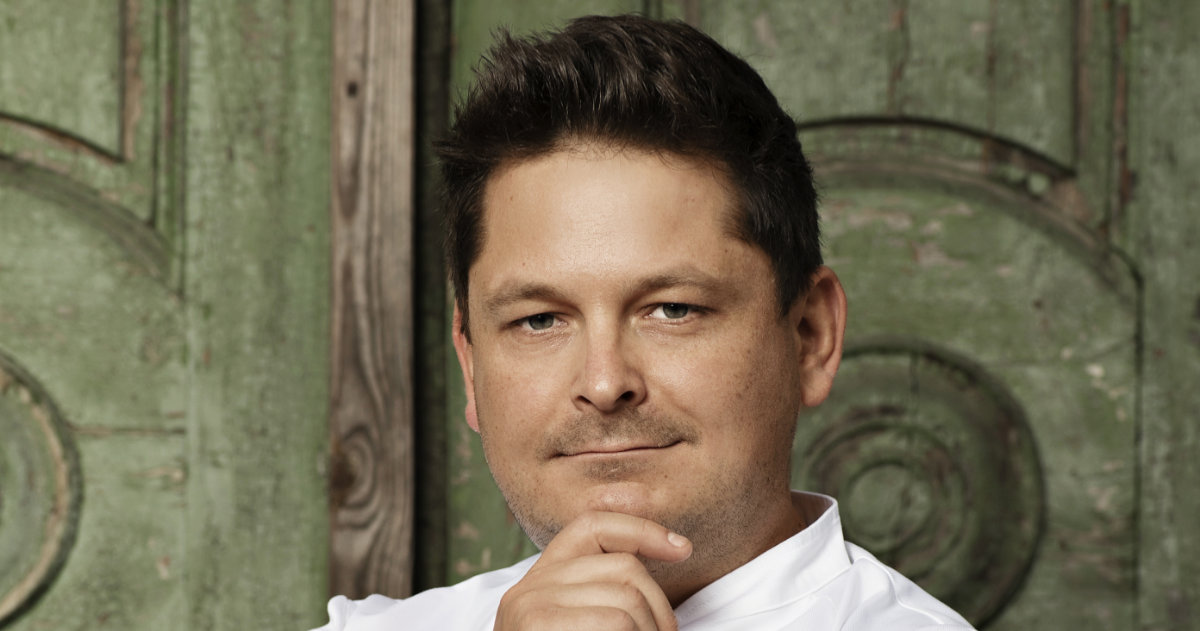 A lover of the beautiful and the good, who does not want to theorise. Luka seeks inspiration in the traditional recipes of Slovenian cuisine. 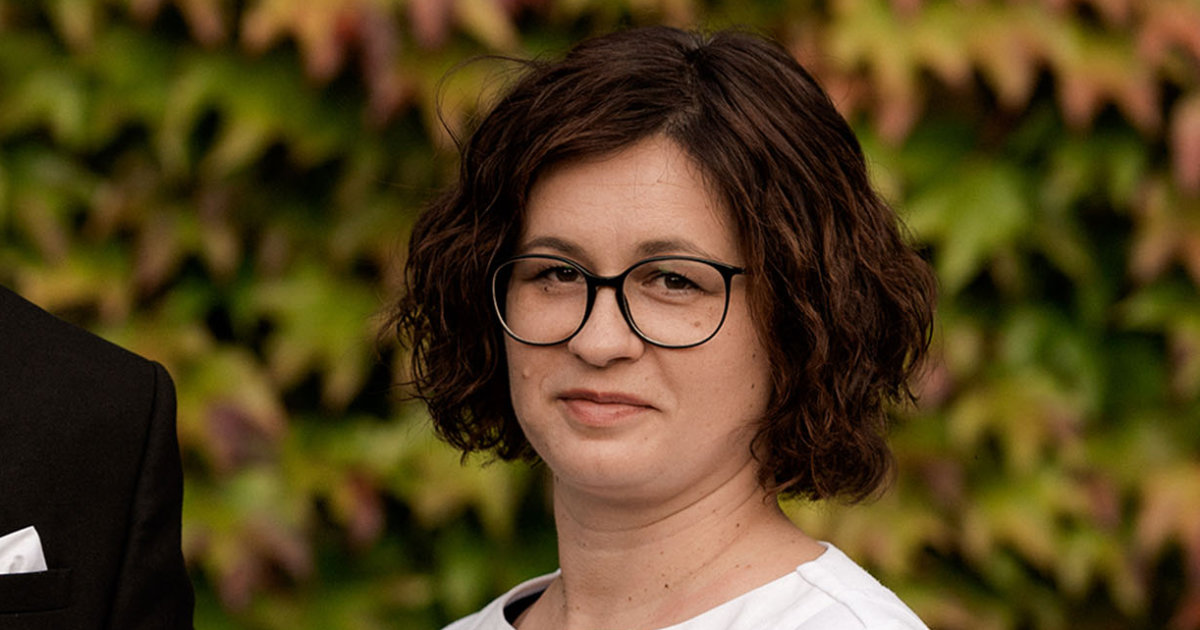 A culinary storyteller seeks lightness in the tradition of Brkini and the Karst, adds a modern touch and her personal story.