A creator of dishes reigned by seasons, beer or wild ingredients from the nearby meadow.

As he has imagination and knows how to play with food, he makes a good dish from every ingredient. An original one, just like him.

It is very simple – Marko wanted to become a cook in the sixth grade. Today, the kitchen is the place he still enjoys the most. He says that, even back then, he thought this could be his job. As he masters manual skills and has a feeling for them. But he is not good at technical things such as when he has to replace a car tyre or a light bulb. His domain is creation, and if he were not a cook, he would be creating with something else. Perhaps flowers or wood.

He doesn’t have one

It depends on the occasion and how he feels. He never desires the same thing twice.

We can use it to make things even better.

Marko is a perfectionist and believes that there is always room for improvement. Sometimes it takes him two months to create a dish before he gives it to his wife and other members of the team, and sometimes to guests that he trusts. He simply observes their faces and instantly knows: “They don’t have to say anything, I can tell from their expressions. If there is no wow factor, I take everything away and leave. Our food must be more than good.” Good for Marko is not good enough. He doesn’t like average or monotony. He used to work in a restaurant where he prepared a roast and roast potatoes, and cabbage and pork sausage in the winter, every day. He almost threw in the towel. He has a driving licence to operate lorries, but he has never sat in a lorry. 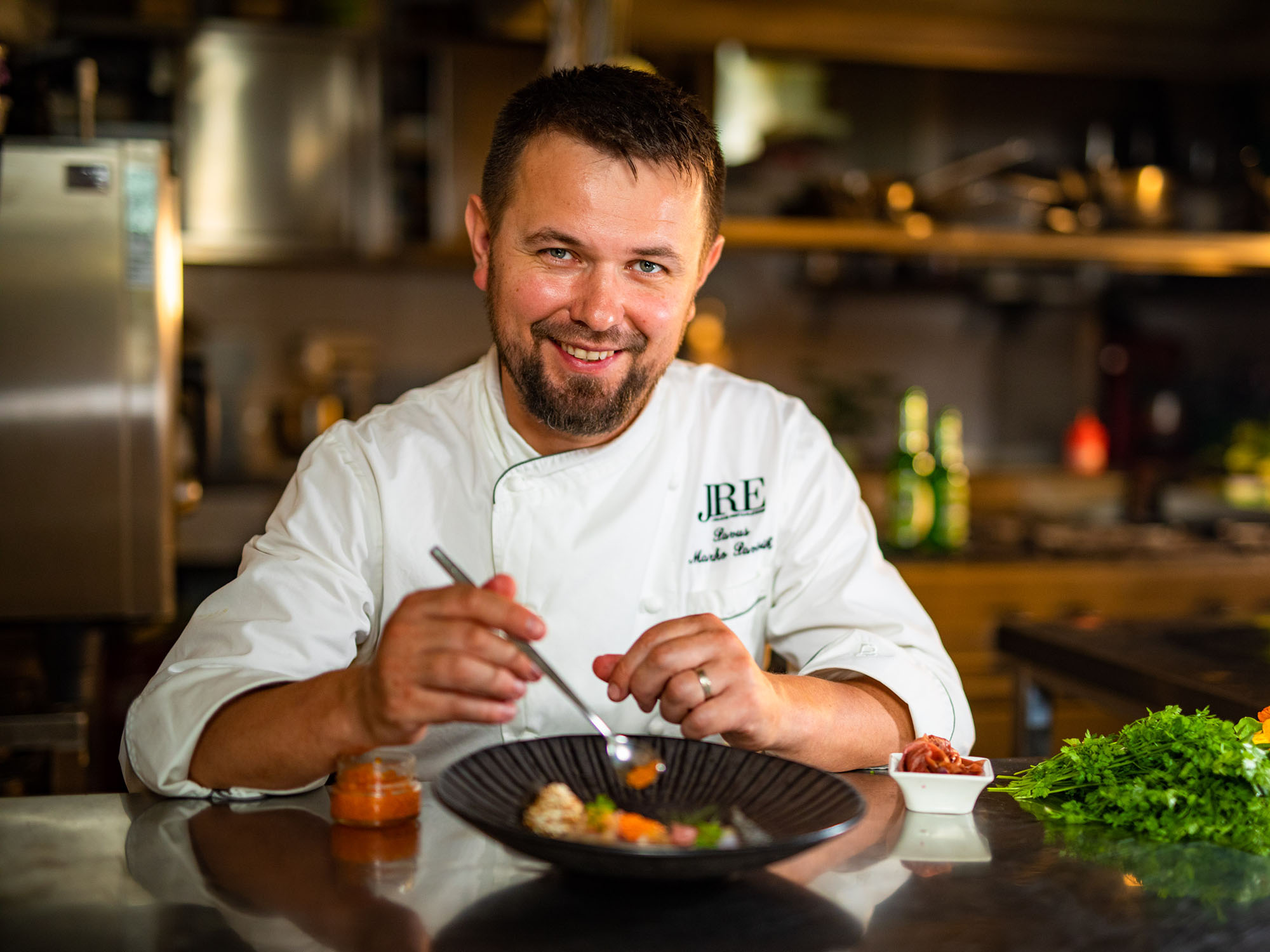 “I sometimes joke and say good luck to a guest instead of enjoy.”

Wild food is Marko’s passion. It includes plants, herbs and fruits that he finds in nature – on meadows that are rarely mown and are not fertilised, and in forests. He has been doing this for a while and cooperates with other experts. There are no recipes from this field and the selection of plants is extensive. His first rule is that he never does anything when he is unprepared. You must know whether a plant is edible, as health is the core of everything. He reads literature, browses the web and consults ‘wild’ experts such as Dario Cortese. When he is certain about edibility, he checks whether a plant is even useful. Experimenting in the kitchen includes broiling, curing and other techniques, and combinations with other ingredients. Sometimes he succeeds, sometimes he doesn’t. But that doesn’t discourage him. Nature provides an unbelievable abundance in any season and that is why Marko never runs out of new ideas. 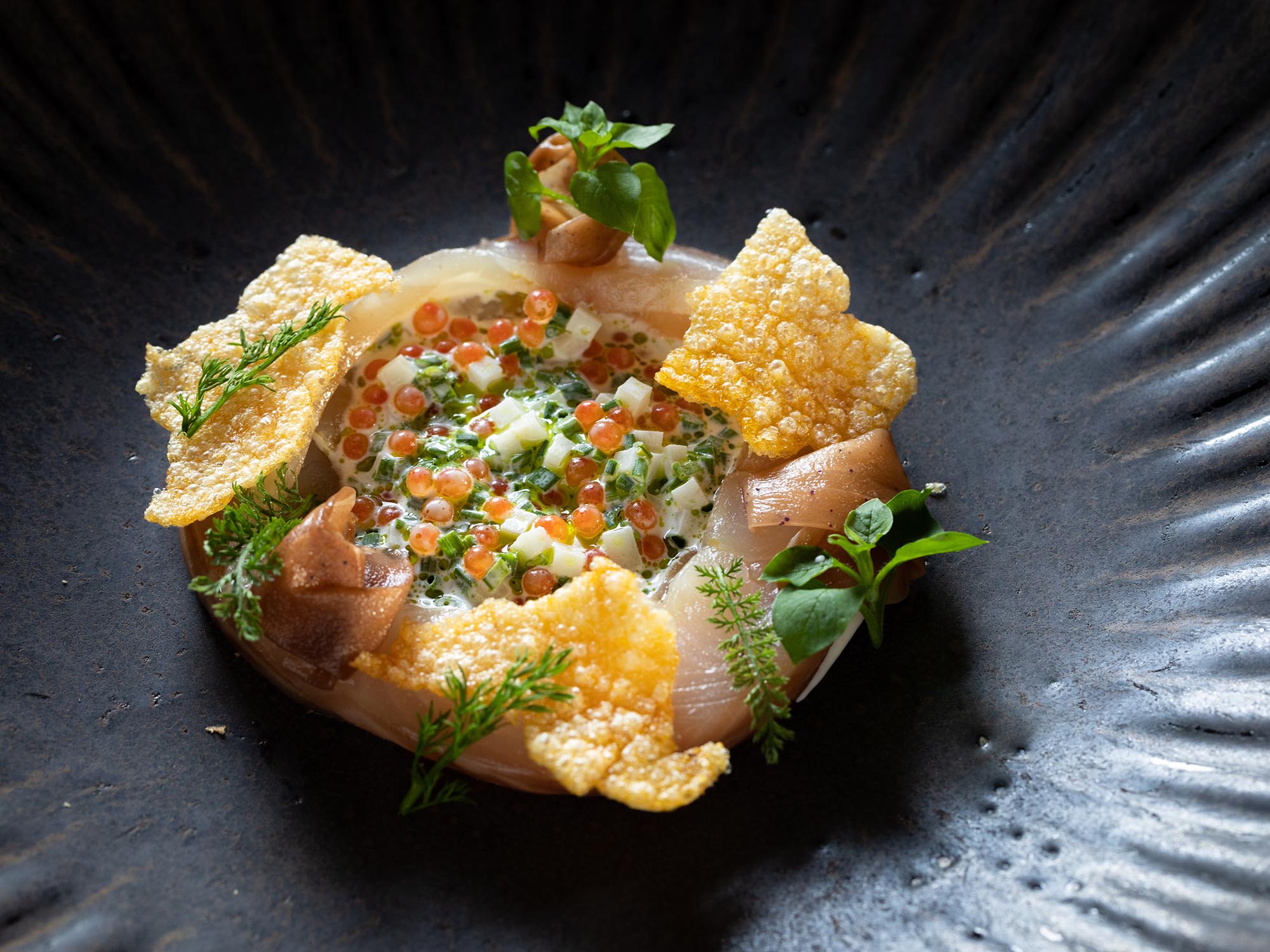 Being a cook is not just something romantic. It takes hard work, persistence and learning.

Marko hails from a modest family with four children from a small village that used to be home to only four houses. Life was different then and the options were limited. This proves that anyone can fulfil their dream: “You have to want it and you have to like working. Nothing just happens.” This boy from a small village grew up to become ‘the lord of the manor’ so to speak, as he rules his kitchen at Tabor Castle in Laško. He also flirted with television cameras in certain cooking shows, of which he has fond memories. “I became famous and so recognisable that people stopped me in the street to have a chat. Several times, a half-hour family walk turned into a two-hour walk.” Things are calmer now and that is the way they should be. He says that he enjoys himself: “I like talking to my guests and having a good time with them, and I like that they like to come back.”
He has no problem sharing his recipes with his guests. With the exception of beer in Ponzu sauce, which is his secret. “Ponzu sauce has a strong local story I’m personally attached to. It is made following a traditional Japanese recipe and 95 per cent of its ingredients are Slovenia. I developed the recipe on my own and it took me approximately six months.” That is all he will say about the sauce, whose main ingredient is beer. Beer is another constant in his cuisine, which is not surprising given the town where he lives. He is so fond of beer that he dedicated an entire menu to it, from the soup to the dessert – chocolate with beer prepared in four different ways.
“It isn’t difficult to make a good dish. But a dish that tells a story, symbolises the surrounding environment, is available so that guests can order it at any time, that any cook can make and for which suppliers can always deliver ingredients is real art.” Marko prioritises knowledge: “You can only manage to do certain things with talent, but you can do everything with knowledge.” 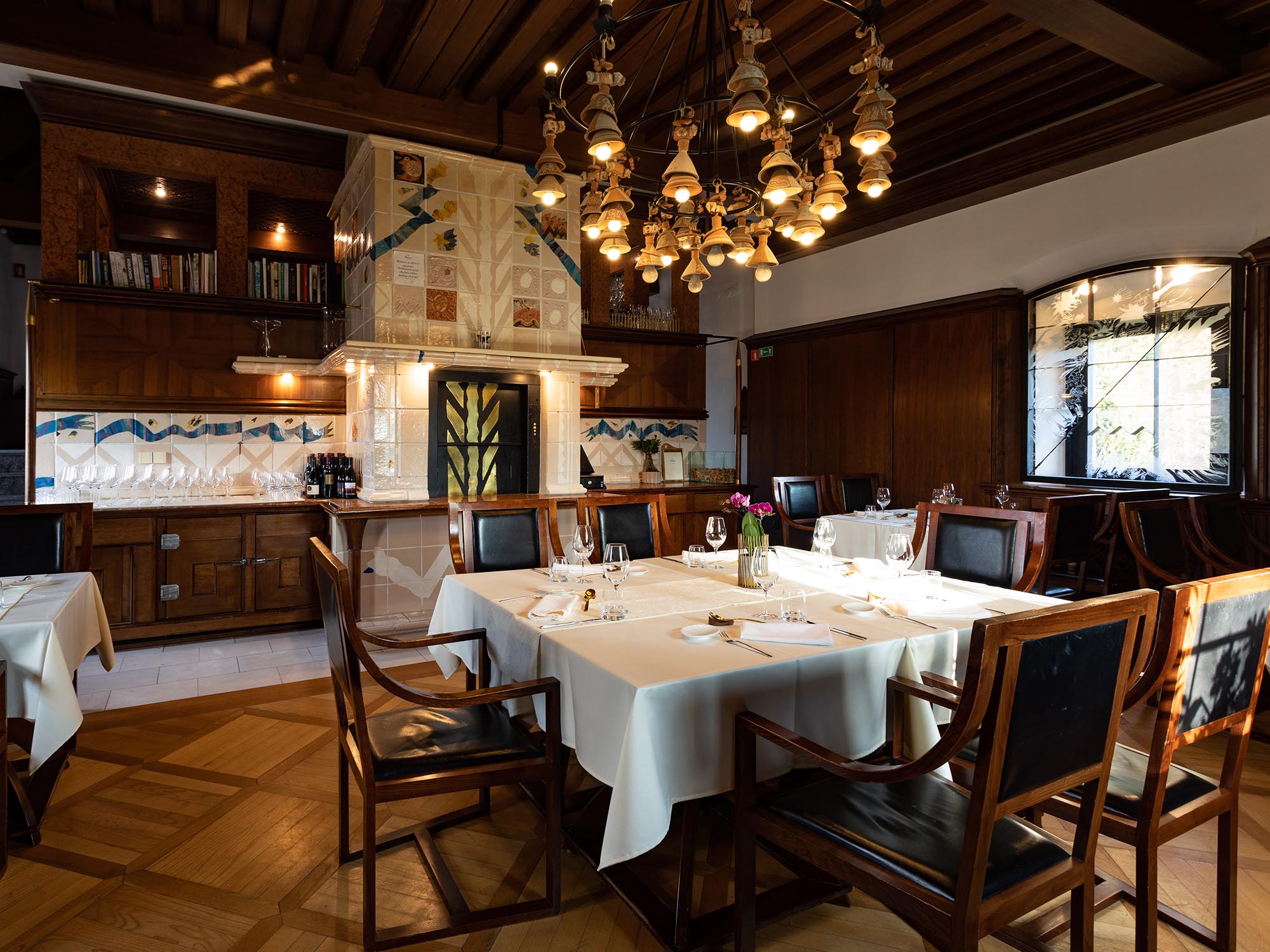 The taste of new Slovenian cuisine in a castle above Laško is created by Chef Marko Pavčnik. 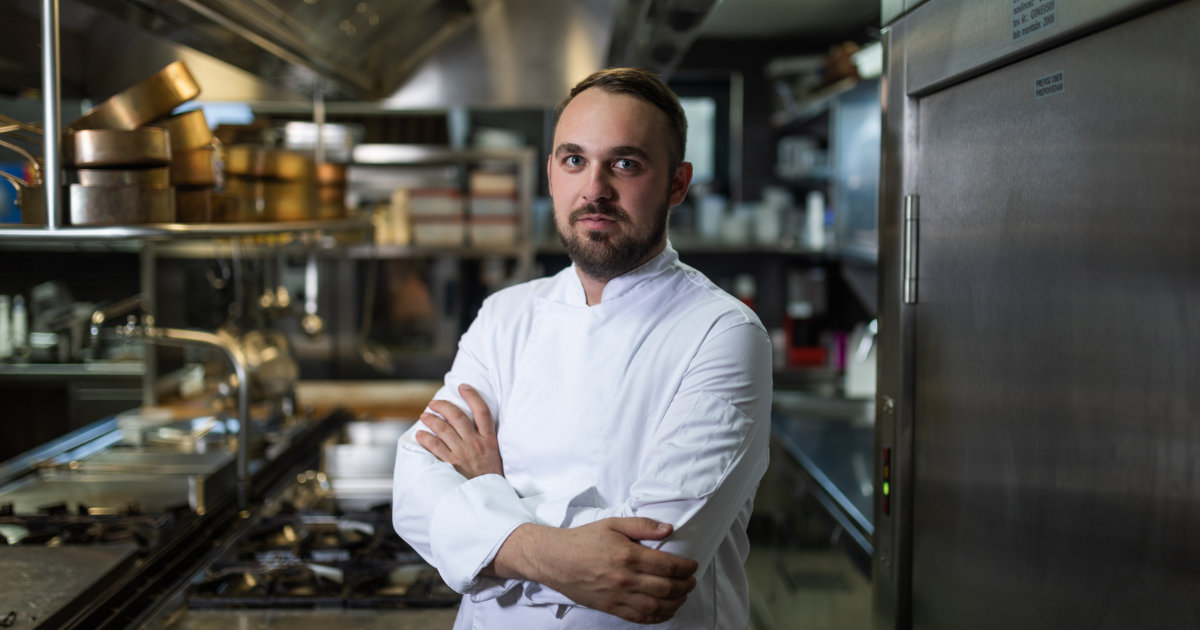 A seeker of the perfect flavour follows the rules of traditional French cuisine and the quality principle of ‘from the field to the table’. 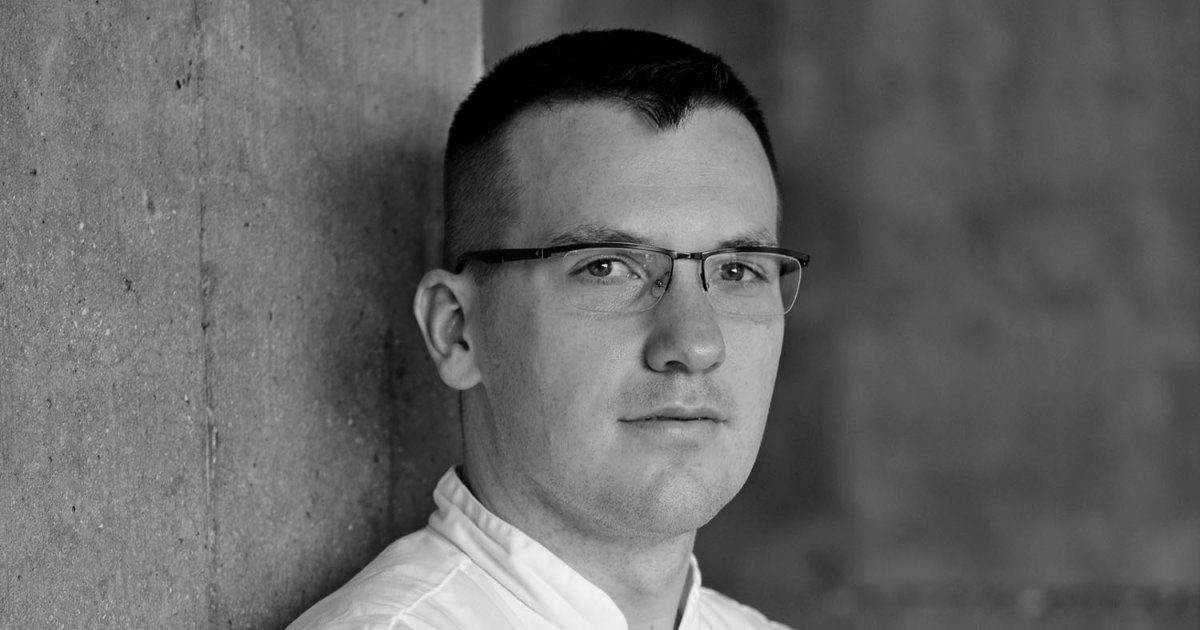 A culinary artist, a seeker of genuine flavours and a creator of haute cuisine that people can relate to. 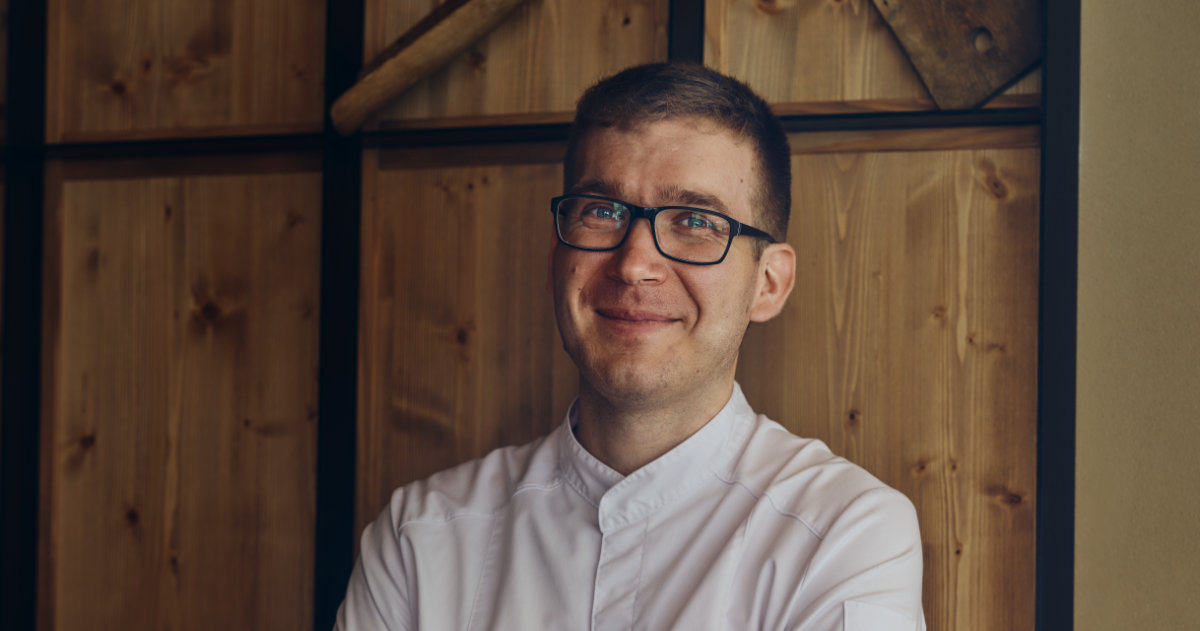 He is like an explorer. His heart and soul focused on his pursuit. His dishes don’t need big words.