The first private entity in Yugoslavia to produce sparkling wine by the traditional method.

As a young man, Janez Istenič faced the ultimate dilemma. To carry on with his football career and remain a goalkeeper at Olimpija Football Club, the cult club from the capital of Slovenia, or venture into the wine sphere. Fortunately, the latter prevailed. In 1968, when Janez played his last match for Olimpija, they produced sparkling wine by the traditional method as the first private entity in Yugoslavia. They named it after daughter Barbara who was born on the day of the first harvest when they harvested Italian Riesling and Rumeni Plavec.

If you arrive at the Istenič’s early enough, you will notice how sunbeams persistently and abruptly pierce through the sleepy mists casually rolling along the valley. Seeing the vineyards extending at altitudes between 170 and 350 m, it will become clear why Janez said immediately after returning from learning the trade in Champagne: “We will produce sparkling wine here, as the positions, climate, and the vine selection provide an ideal basis for good sparkling wines.”

Today, they cultivate around ten hectares, and purchase a certain share of grapes from business partners. Their main varieties are Rumeni Plavec, which adds fruitiness to wine, and international Chardonnay and Pinot Noir, which are world famous and indispensable varieties for the production of outstanding wines made using the traditional method. With 150,000 bottles of sparkling wine, they are the largest family sparkling wine producers in Slovenia. 500,000 bottles age in the cellar. 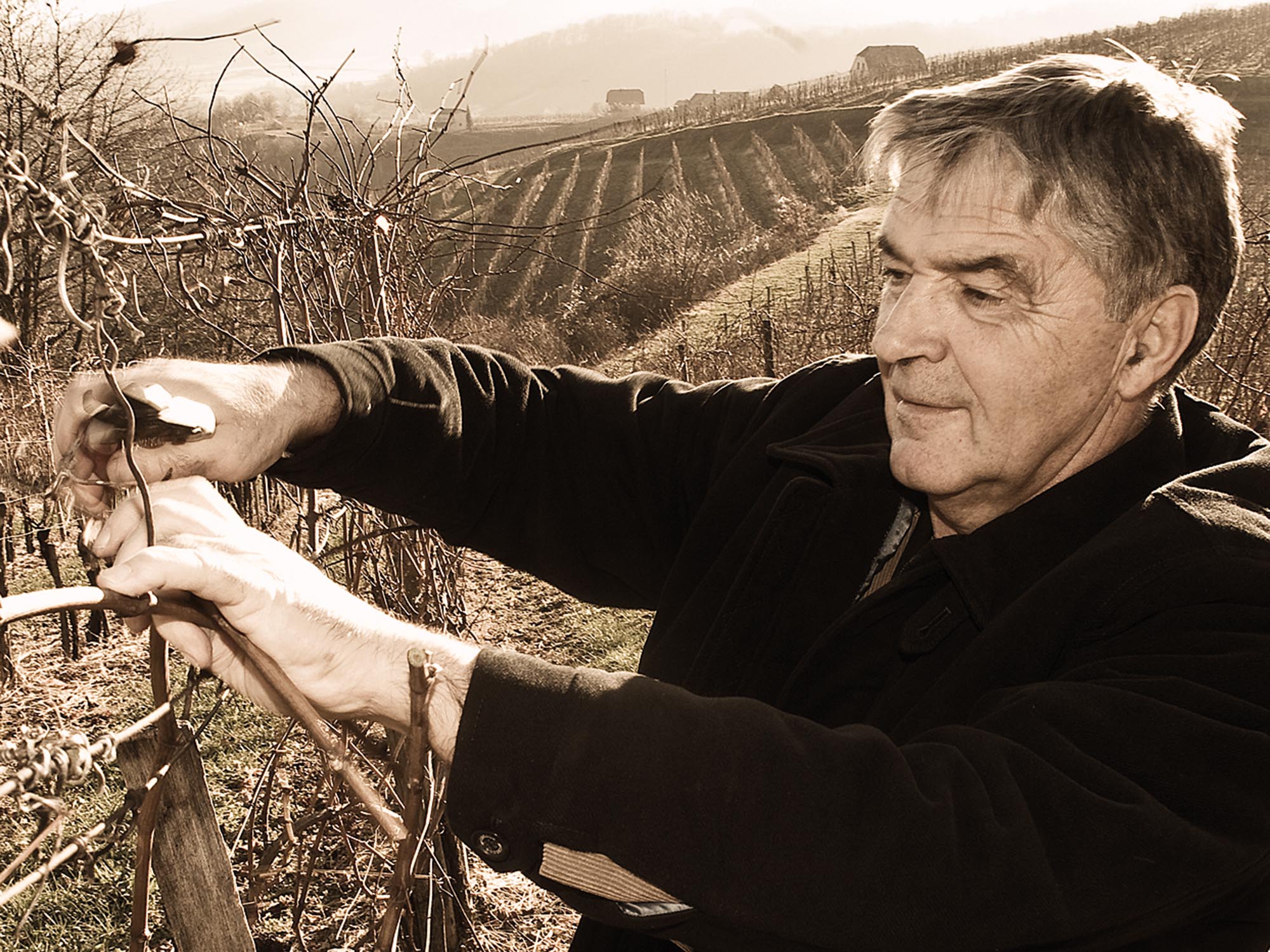 Sparkling wines for each taste and condition

They have received dozens Slovenian and international awards for their sparkling wines, but they always have an ace up their sleeves.

Sparkling wines are produced solely using the traditional method, which means that wine undergoes a second fermentation in the bottle. Wine is produced from the best free run juice, as only one bottle of wine is pressed from two kilograms of grapes. Varieties and positions are fermented separately, so that they can decide in November which wine goes to a certain line, and carefully prepare optimal blends to show the typical house style of sparkling wines. Miha Istenič, Janez’s son, says that they will produce all sparkling wines without any sulphur within five years.

The Istenič’s have a sparkling wine for each taste. Barbara still represents the basic line, and is a blend of Welschriesling, Chardonnay, and Rumeni Plavec. It matures on the lees for at least 18 months. No.1 is a blend of Chardonnay, Rumeni Plavec, and Pinot Noir, and matures on the lees for three years. The house’s prestigious line is Prestige Extra Brut produced only from the best vintages and sits on lees for at least three years. Istenič’s most infamous sparkling wine is RP (rare passion) made exclusively from local Rumeni Plavec. Miha decided on it when he turned fifty. A total of 1964 bottles were produced, which is also the year Miha was born. Wine Advocate, a magazine established by Robert Parker, a famous wine critic, gave it 91 points out of 100. This put the excellent sparkling wine among the top ten sparkling wines of 2009.

In addition to sparkling wines, the Istenič’ family also make other home-made products. The balsamic vinegar is produced according to an old Italian procedure and aged in barrique barrels. You can also try home-made twenty-year-old brandy, walnut liqueur, and pomace brandy.

A decade ago, they renovated the idyllic villa whose foundations were laid in 1740. They also offer guided tastings and a visit to the cellar. By agreement, you can taste local gastronomic specialities. You can stay there for several days and explore beautiful Bizeljsko. This area provides numerous options for hiking, cycling, visiting local winemakers and restaurants. A visit to Debeluh in Brežice or Repovž in Šentjanž will show you how local ingredients and traditional dishes are prepared with a modern twist. As you wander around Bizeljsko, do not forget the well-known turnip caves (repnice), which are cellars manually dug into sand. You can visit them in Brezovica, Bizeljsko, Pišece, and Globoko. Some of them are over 200 years old.

Discover the unique flavours of the Vipava Valley

Be seduced by the authentic flavours of the Vipava Valley. 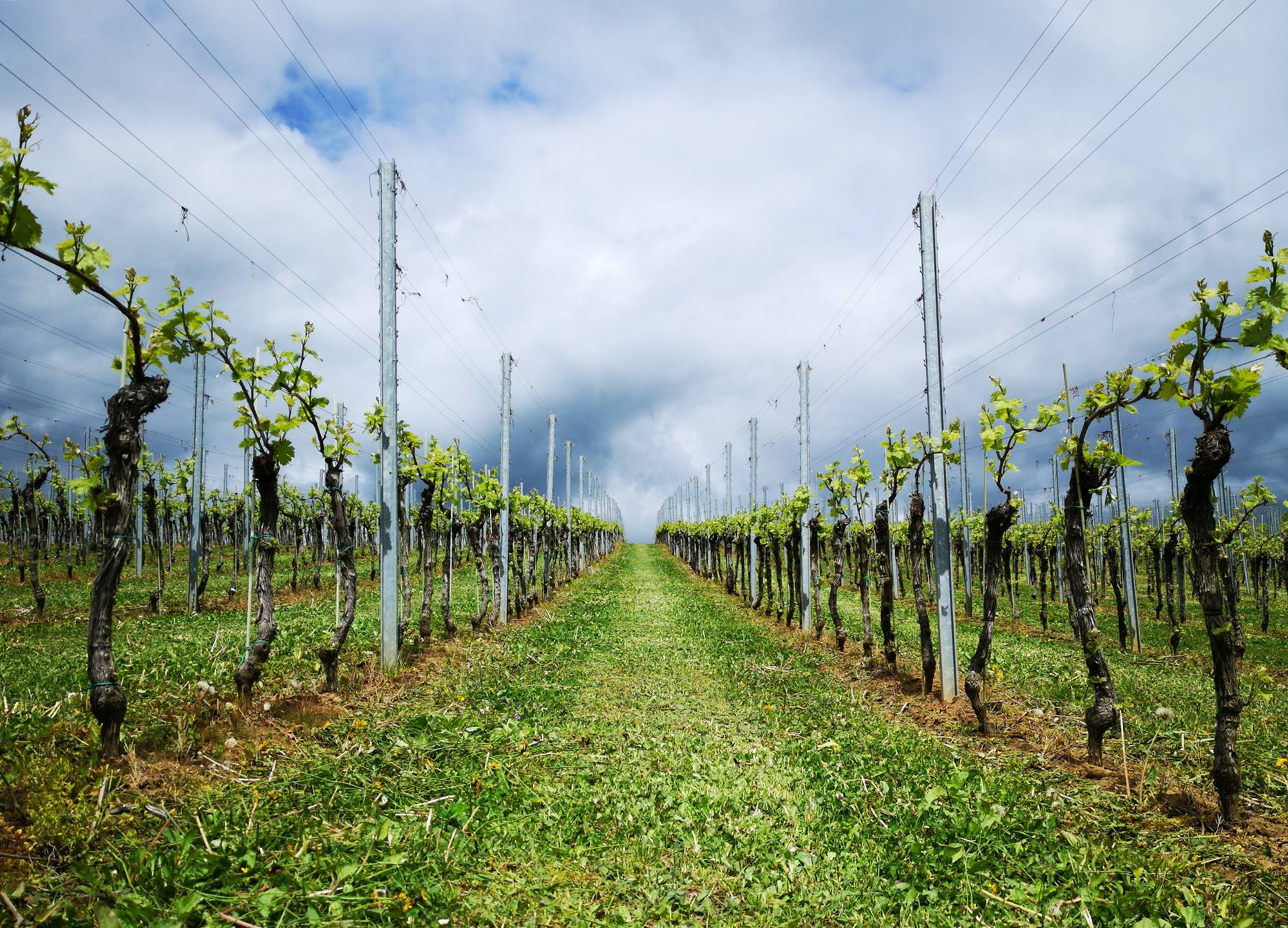 A new wine route in the heart of Dolenjska 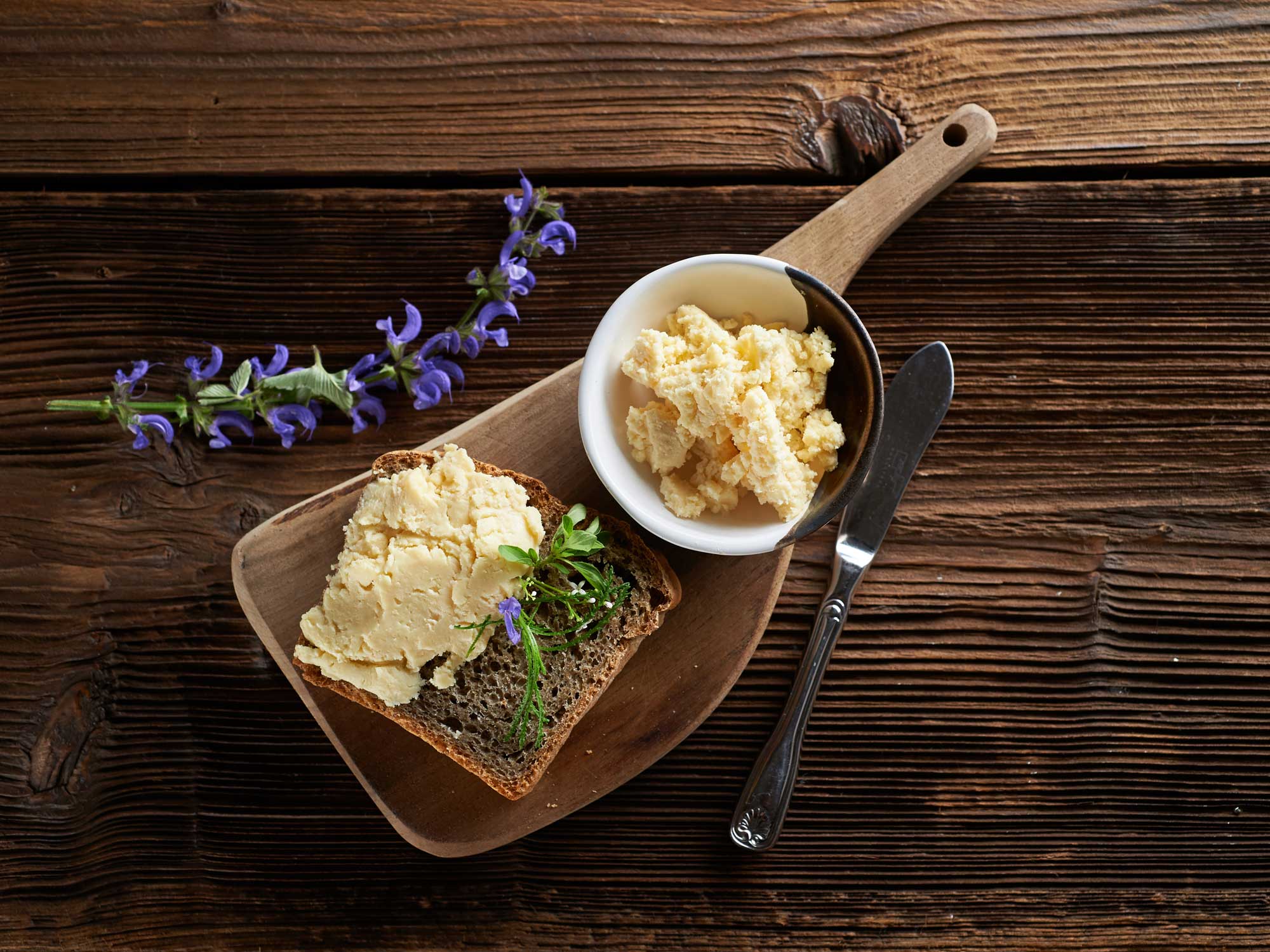 Home of the trdinka corn

Indulge in culinary experiences with the Bohinjsko / From Bohinj certificate.