The wine cellar that put Prekmurje on the wine map

The challenges of hot Prekmurje

Prekmurje is Slovenia's second smallest wine-growing district. Only few winemakers have made it beyond the district borders with their wines.

More than for wine, the district is known for storks, the Mura river, and of course, Prekmurski gibanici. Wine is sold locally to local restaurants, the Terme Lendava Spa, and the Moravske Toplice Spa.

But the most beautiful edges of Goričko are home to the more than 100,000 vines of the Polanič family. The family from Prekmurje who set up a completely new modern winery for the traditional Marof wine production in Mačkovci in 2007. Their goal was clear. Their desire was to become Prekmurje’s best wine cellar. Their intention was rapidly realised, and today, their wines are known around Slovenia and abroad.

“There is no shortage of challenges in this region,” says Uroš Valcl, the director, main oenologist, and partner at Marof. “It is rather warm, as summers are hot and dry – we are located on the edge of the Pannonian Plain. Alcohol rises quickly, which is why we need to focus on finesse, as the power is sufficient as it is. We manage to do this with canopy management in vineyards, and maturing in large barrels with a volume between 500 and 2,000 litres, making the influence of the barrel as minor as possible with a shortened maceration period. At the same time, the conditions are favourable for Blaufränkisch. It needs a very dry autumn so that we can harvest optimally ripe grapes,” points out Valcl. These conditions can most easily be attained in Prekmurje, Slovenia’s driest wine-growing district. Prekmurje is located away from large urban centres. Vineyards here grow in completely unpolluted air, and Marof’s vineyards are cultivated according to the principle of organic wine-growing.

“I try to get the most out of each variety. Not to change them but rather monitor them. Seeking optimal yield and optimal harvest time is crucial. Most activities are done in vineyards, while in the cellar, we only finish things off,” Valcl explains his approach. “All great things must be very simple.” 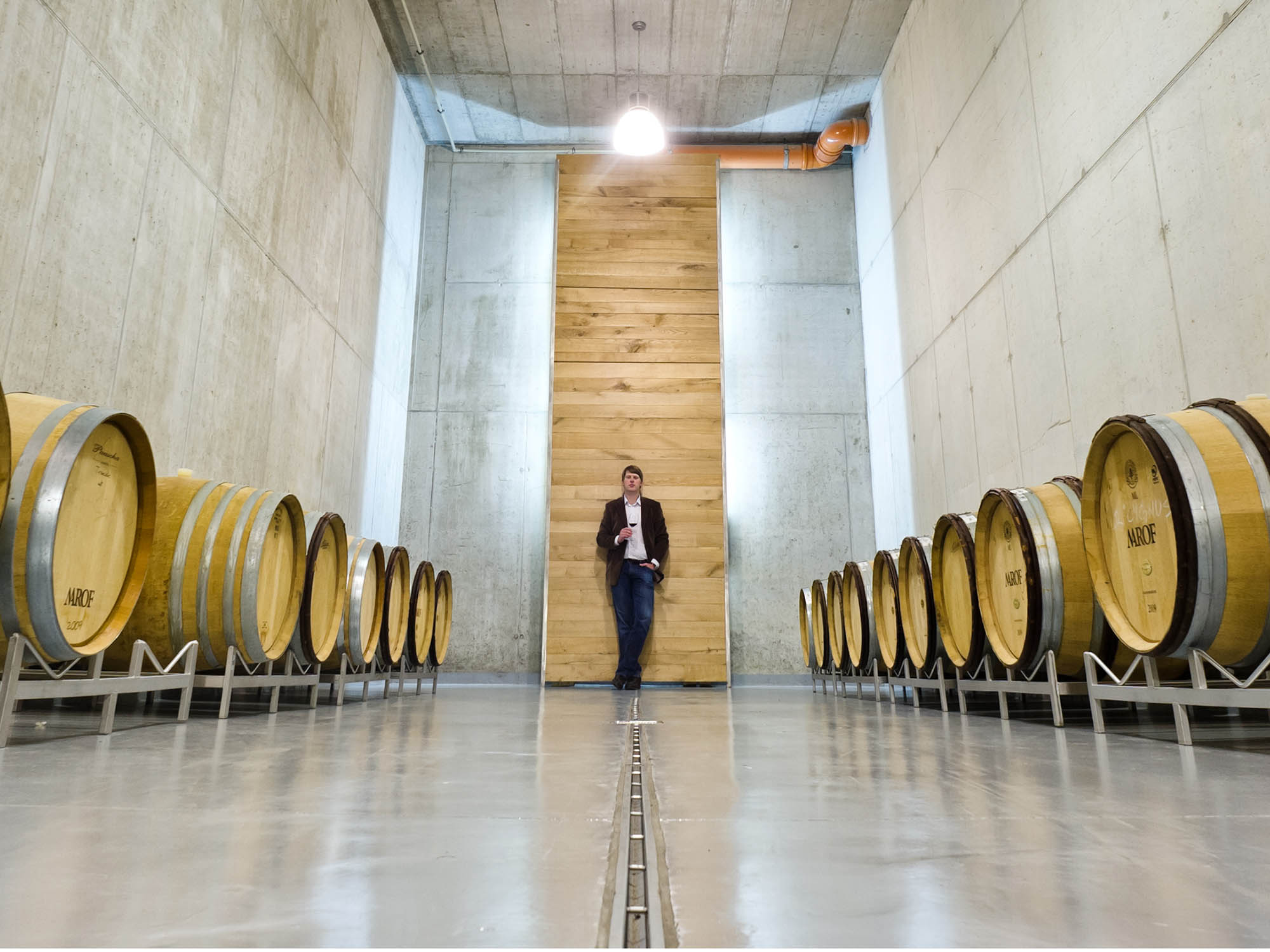 If you visit Marof, you will quickly recognise Uroš. The figure of a basketball player, a reddish beard with some grey shades. Uroš carries out pioneering work in Prekmurje. He places Prekmurje on not only the Slovenian wine map but the global one, too. His ace is Blaufränkisch , an indigenous Slovenian variety. He quickly obtained international approval.

In the international community, Marof’s 2013 vintage Mačkovci Blaufränkisch was first praised by Steven Spurrier, a legendary British wine writer and the father of the famous Judgment of Paris in 1976, which put Californian wines in the spotlight. He gave it 94 points in his monthly column in Decanter magazine. The fact that Spurrier’s flattering review was not just a fad was corroborated by Rene Gabriel, a famous Swiss critic, who gave the 2015 vintage 19 points out of 20, and wrote “With an exceptional potential and obviously without competition, Blaufränkisch – the terminator”, and assessed that it would be the best between 2030 and 2050.

Prekmurje was deemed a wine-growing district of simple wines until recently. Today, people in Zürich, Hong Kong, London, and elsewhere in the world enjoy wines named after individual locations: Kramarovci, Mačkovci, and Bodonci. The soil in Kramarovci, which is the coldest location, is volcanic, while the wines are mineral. Flint and clay prevail in Mačkovci and in Bodonci, which is the warmest location.

Marof’s Mačkovci Blaufränkisch is the most expensive Slovenian Blaufränkisch, and according to foreign and Slovenian critics, probably also the best. You will learn most about it in the place where it was created, which is in Mačkovci in Prekmurje. A large well-lit tasting room is available at the estate in the middle of vineyards, and the “cru” tasting includes the Mačkovci Blaufränkisch. At weekends, a restaurant is open on the estate, where typical Prekmurje dishes are served with Marof’s wines, such as dödöle, a kind of potato mush, Prekmurska šunka (ham from Prekmurje), and of course, Prekmurska gibanica. 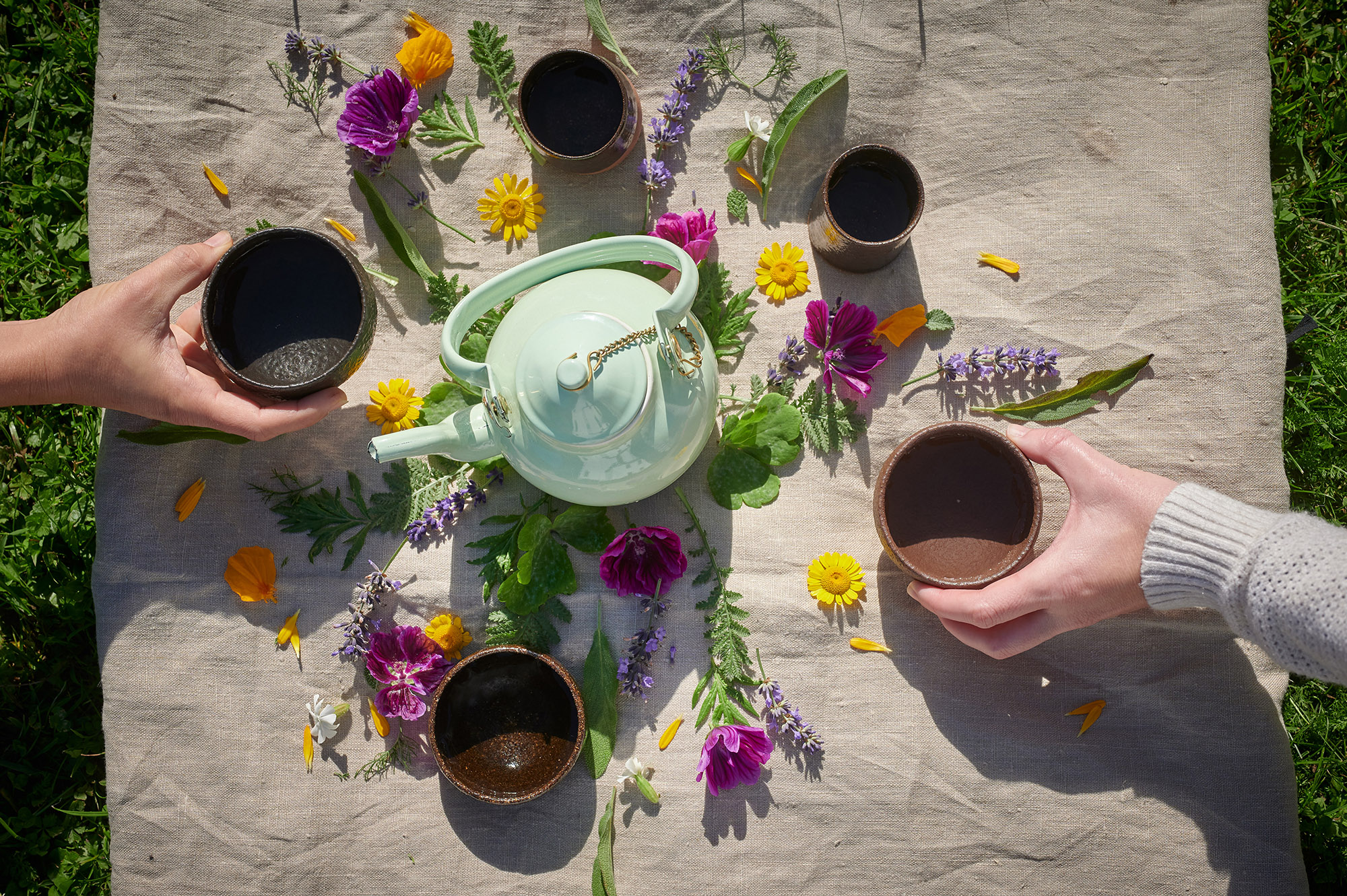 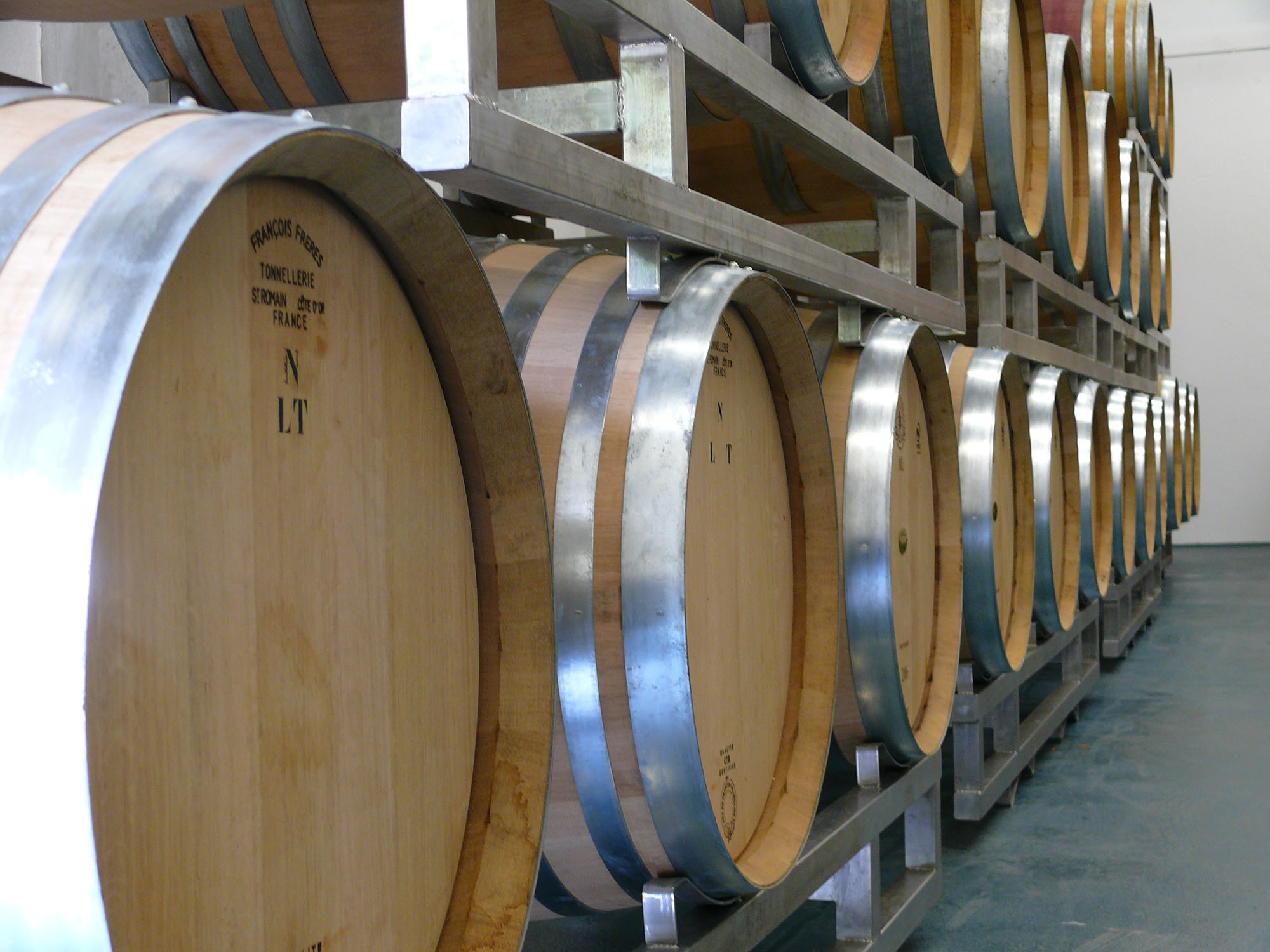 A winery where one of the best sparkling Furmints in Slovenia is made. 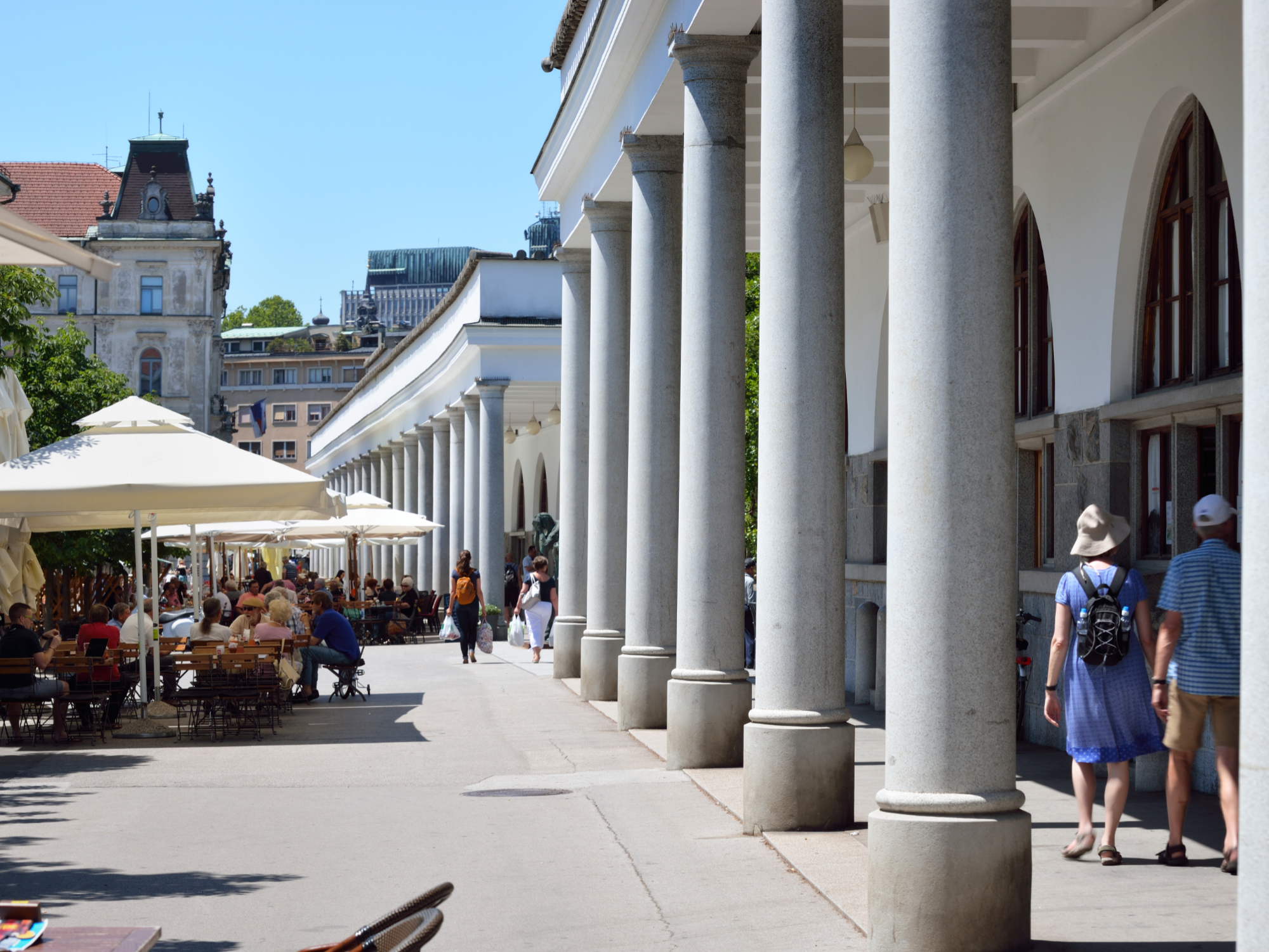 A tour of the Ljubljana central market with tastings of seasonal local delicacies and a delicious breakfast.