The smallest town square in Ljubljana, where TaBar is located, has a name that many restaurants would envy. But “Ribji trg”, meaning Fish Square, does not only offer the name, but also a pleasant ambience, with a classicist fountain and a mighty linden tree that cools the guests of the TaBar restaurant on hot summer days.

The speciality of the restaurant, famous for the largest selection of open wines in the capital, are its smaller plates. These can be viewed either as snacks or as dishes to be shared with the table. Talking about the idea for such a restaurant design, owner Jurij Osole said: “For lunch, I like to eat plenty, but for dinner, I prefer smaller portions and a great glass of natural wine.” This concept is still being followed today.

TaBar opened its doors on St. Nicholas Day in 2013, and four years later, the team was joined by young chef Jakob Pintar. Since then, their good reputation has been spreading uncontrollably. 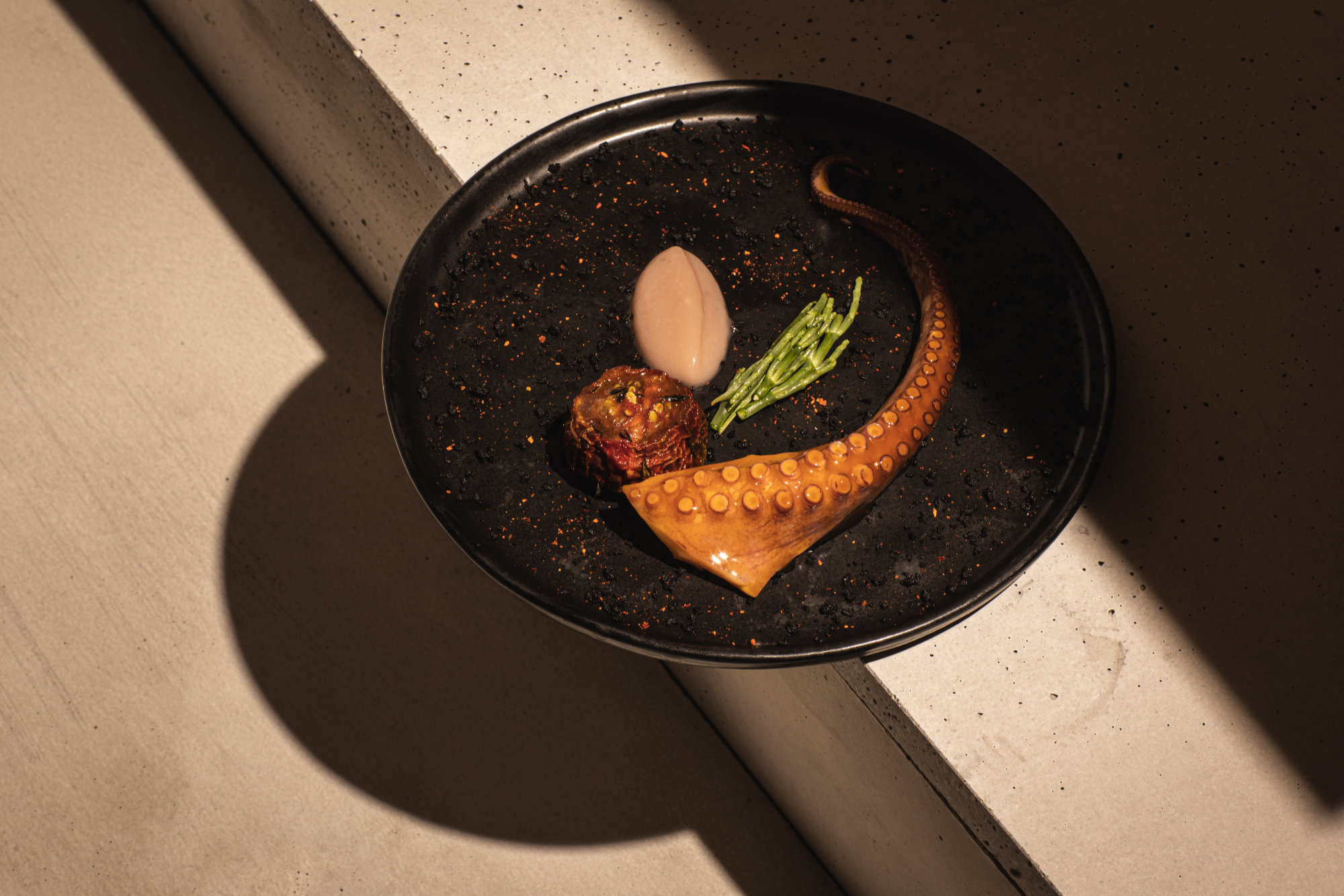 Most of the food is of Slovenian origin, with all products of Slovenians living across the border being proudly regarded as such too. The most important aspect is quality. They work on the principle of zero waste, as they throw away almost nothing. They are also very proud of their garden above Ljubljana, where Jakob grows slightly more exotic produce. For example, hamik peppers, tomatillos, which look like green tomatoes but are really only distant relatives, and currant tomatoes, which are considered the smallest variety of tomatoes.

Their menu is not endless, but big enough for anyone to find something to enjoy. They are famous for their lardo bacon, which Jakob prepares according to his original recipe, for their excellently roasted young ripened cheese, which receives various additions according to the season, and for the traditional dish called “škofija”, which translates to bishopric. The latter is a completely forgotten Slovenian dish, which was revived at TaBar. The dish got its episcopal name because of the chicken tails, as their shape resembles a bishop’s hat.

TaBar is also a wine bar. Jurij is a big fan of organic wines, so he takes great care to always offer guests an exceptional range. They always have about 180 different wine labels in stock, of which about a hundred are available by the glass. And at least a third of them are replaced with new ones every year. On the wine list, you will find some bubbles, as they call sparkling wines, some reddish, some sweet, some white, with an emphasis on macerated wines. Thus, there are more orange wines than reds on the menu. These white macerated wines have been stirring up quite a revolution in the wine world in recent years. 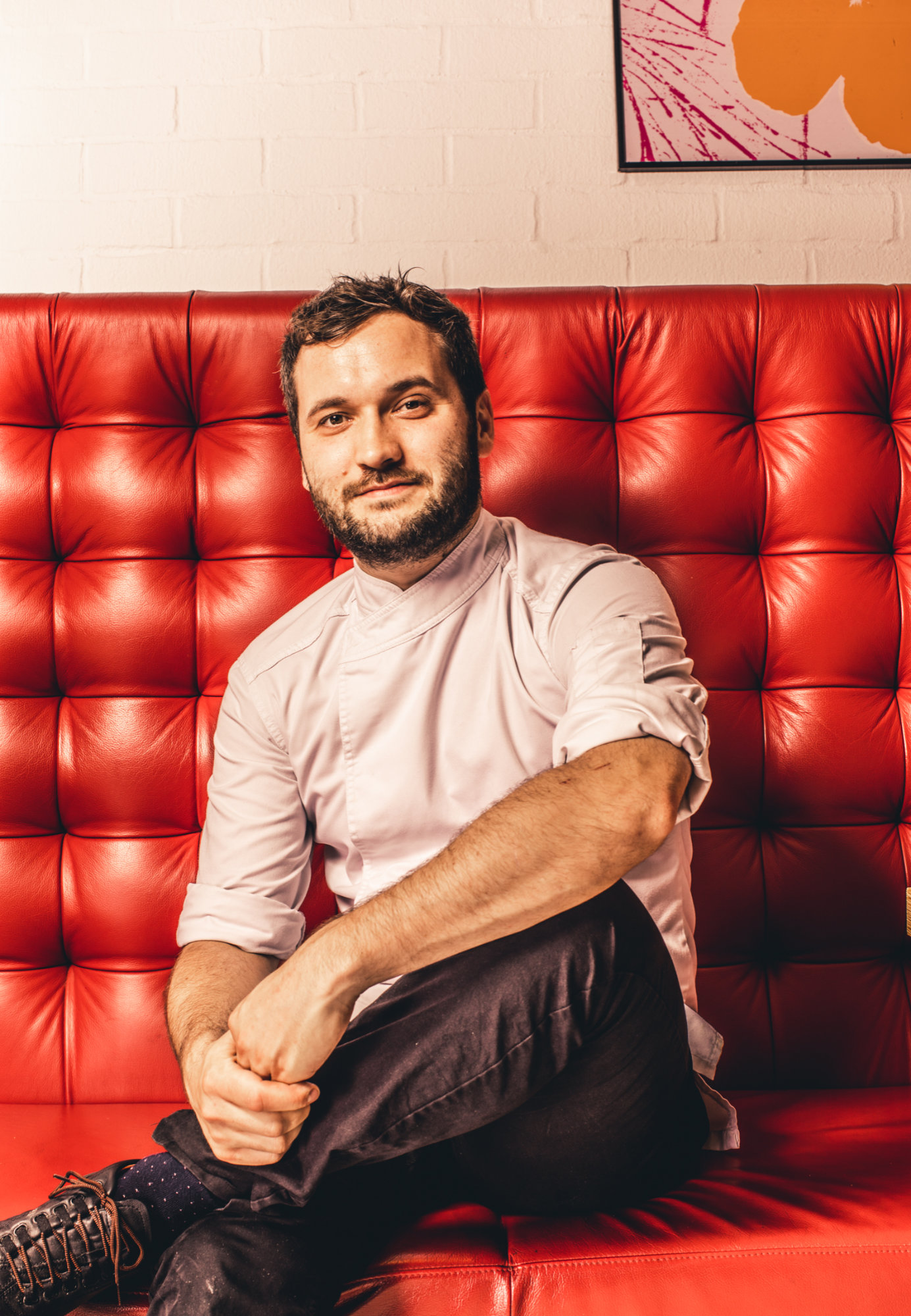 A chef who wastes almost nothing

At TaBar, Jakob Pintar realises his ideas and creations in his own way, but always in connection with the space between the Alps and the Mediterranean, as well as in harmony with the seasons.

After attending catering school, interning with Gordon Ramsay in London, the two-Michelin-star L’Atelier de Joël Robuchon restaurant, and then in Vienna at the Steirereck restaurant with Heinz Reitbauer, Jakob returned to Ljubljana and took over as head chef at the TaBar restaurant.

It was then that the TaBar symphony, which is still ongoing, began. The young chef is creating new and reviving forgotten dishes, while at the same time reaching for unusual ingredients that are very well received by guests. 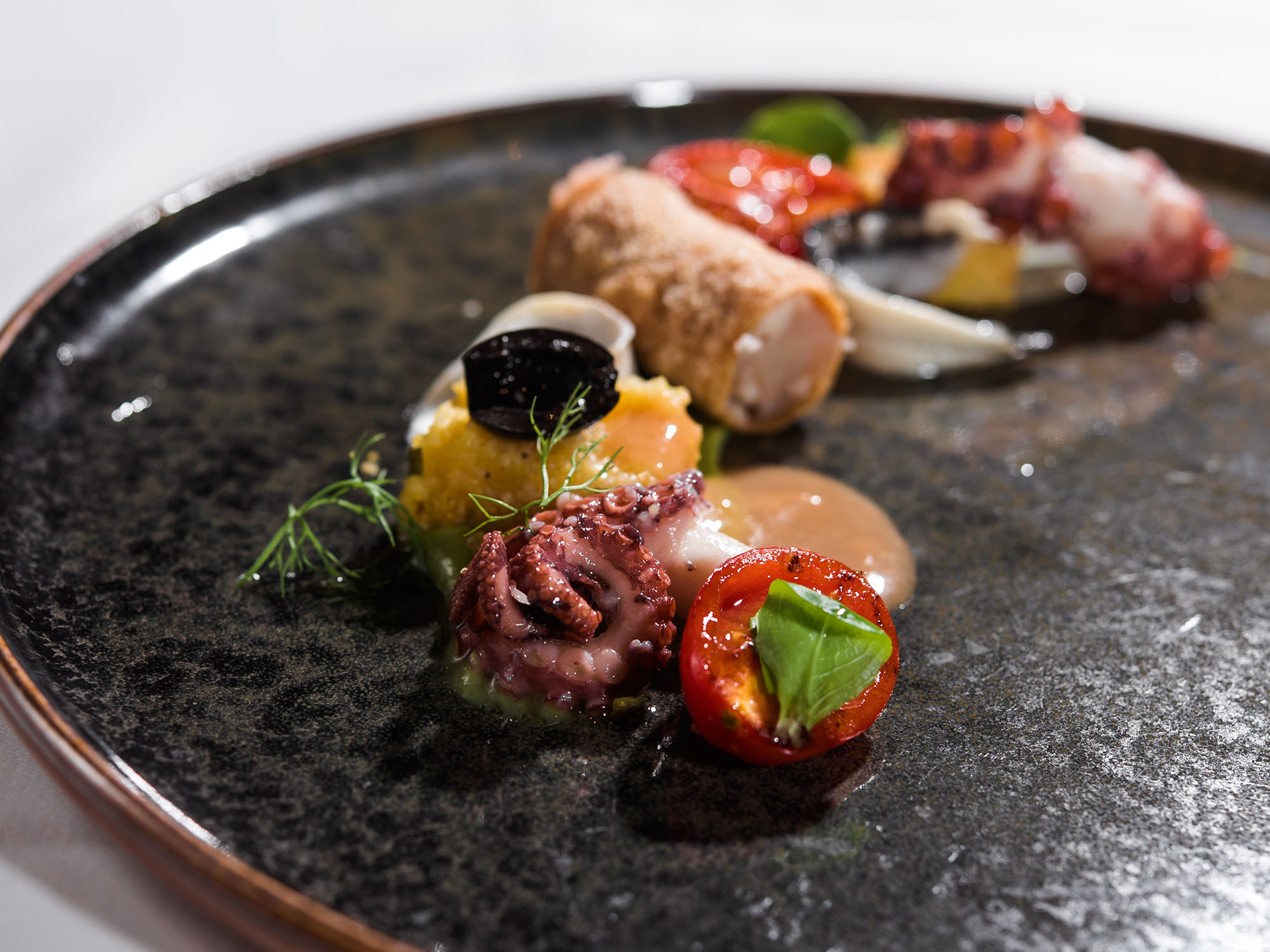 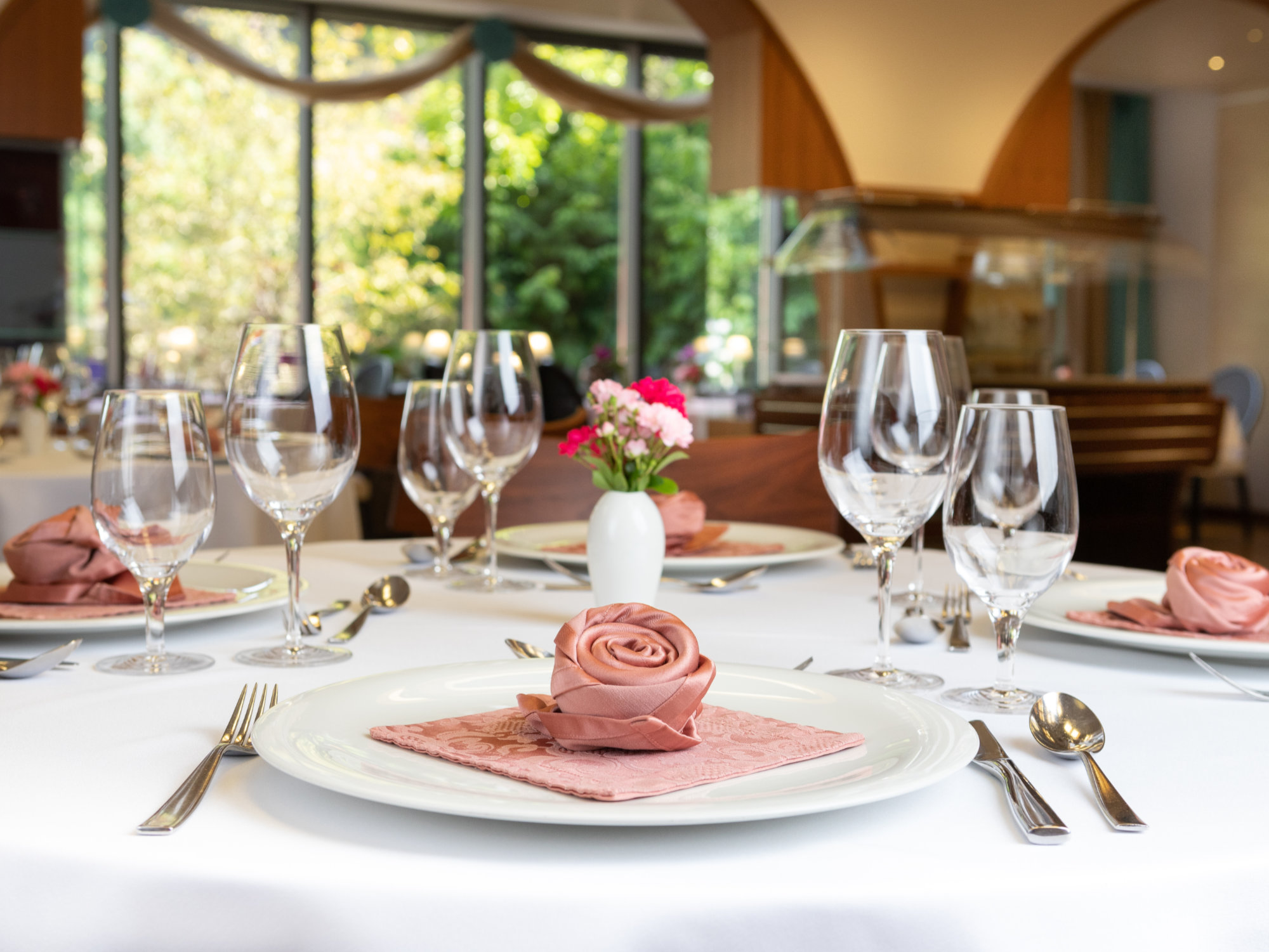 The culinary tradition of the Mediterranean and local cuisine 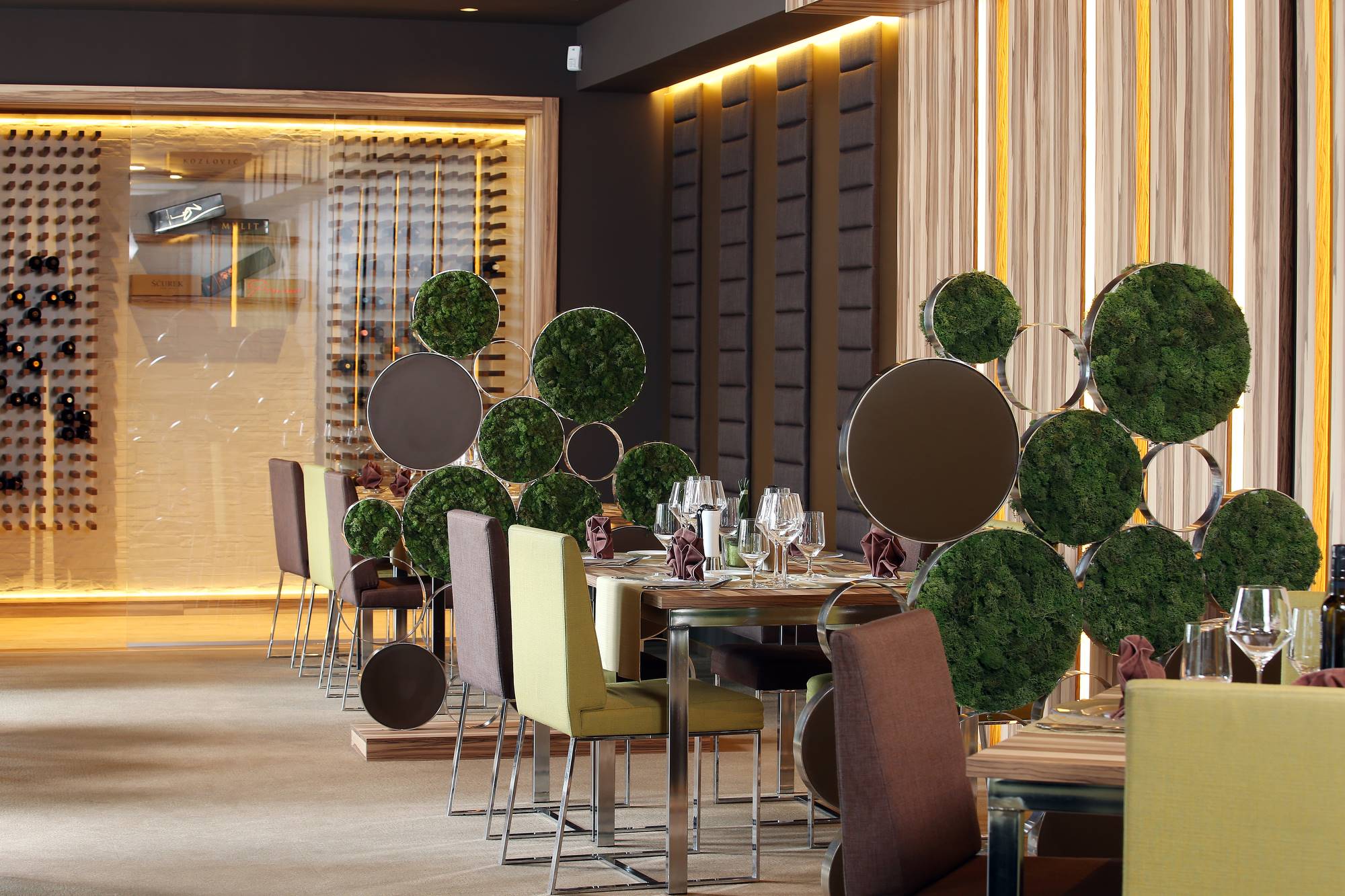 © 2023 Slovenian Tourist Board. All rights reserved.