A good fairy of Slovenian cuisine

Idyllic Vila Podvin in the peaceful surroundings of Alpine nature is a synonym for the best author’s cuisine in Gorenjska.

The Podvin Estate, a part of which is Vila Podvin, was mentioned in historical documents as early as in the 14th century. It has been claimed by many in its diverse history. At the time of the Kingdom of Serbs, Croats, and Slovenes, the estate belonged to the then king, while later, it belonged to the Yugoslav President, Tito.

The villa is located on the outskirts of the medieval town of Radovljica only a stroll away from Bled and the Julian Alps rising towards the north-west. In 1968, the villa, which used to be a stable, was reconstructed to become a prominent restaurant. Today, it is a synonym for high-quality Gorenjska cuisine.

The elegant dining room complemented with just the right amount of works of art from the rich treasury of Slovenian cultural heritage appears authentic and cosy. In warmer months, the action moves outside to the wooden terrace and the garden.

The cooks swear by indigenous foods, local ingredients, and a close connection with the environment in which they live. They promote traditional customs and revive forgotten dishes and plant varieties. On the first Saturday of the month, they organise the Podvin open-air market that includes local good producers and craftsmen.

The idyllic estate surrounded by nature is an excellent backdrop for festive family celebrations and weddings, which they frequently host. You can also enjoy it on a regular day, as, in addition to more demanding dishes, they also offer a daily lunch and splendid stews to pick you up. Try the veal stew. 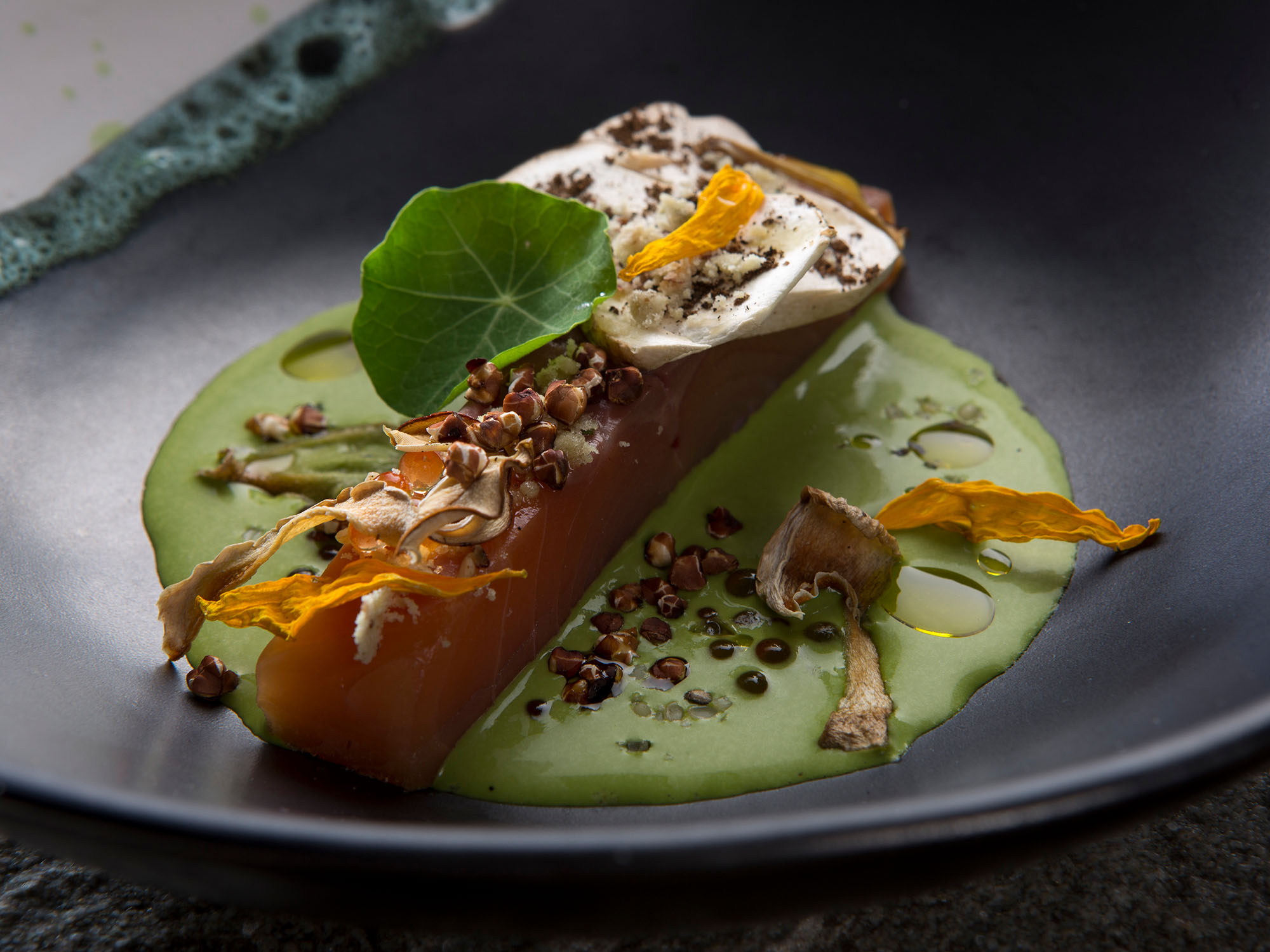 Traditional cuisine with the chef’s signature

If you expect merely excellent traditional cuisine at Vila Podvin, you have the wrong idea. It is only the basis masterfully played around by Chef Uroš Štefelin.

Modern cooking approaches and boldness are manifested on his plates. All of a sudden, there is no mention of traditional Slovenian dishes any more, but new Slovenian cuisine.

Tripe, “emperor’s mess”, strudel, sausages, trout, and other Slovenian delicacies come to life in a completely new way on their plates. 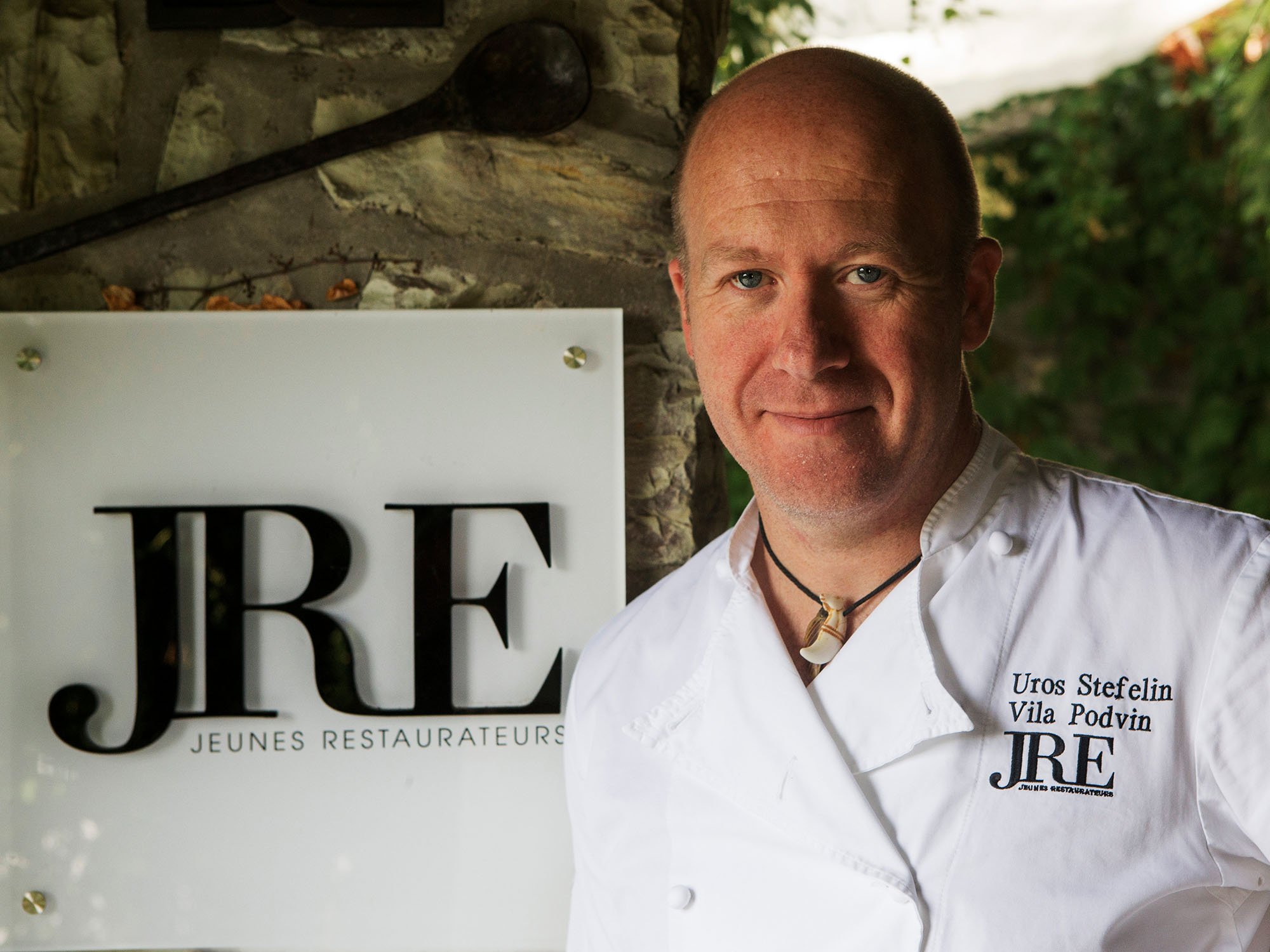 By reviving flavours from his childhood, chef Uroš Štefelin has made a significant impact on the development of modern Slovenian cuisine.

He fell for cooking when he was a child when he spent time with his grandmother, a professional cook, by the stove.

After catering school, he was keen to gain experience in numerous restaurants in Bled and its surroundings. He also trained at La Petite Maison de Cucuron, a French restaurant, and under Norbert Niederkofler in Italy.

In 2013, he started out on his own. His creations are excellent examples of a combination of modern cooking approaches and tradition. 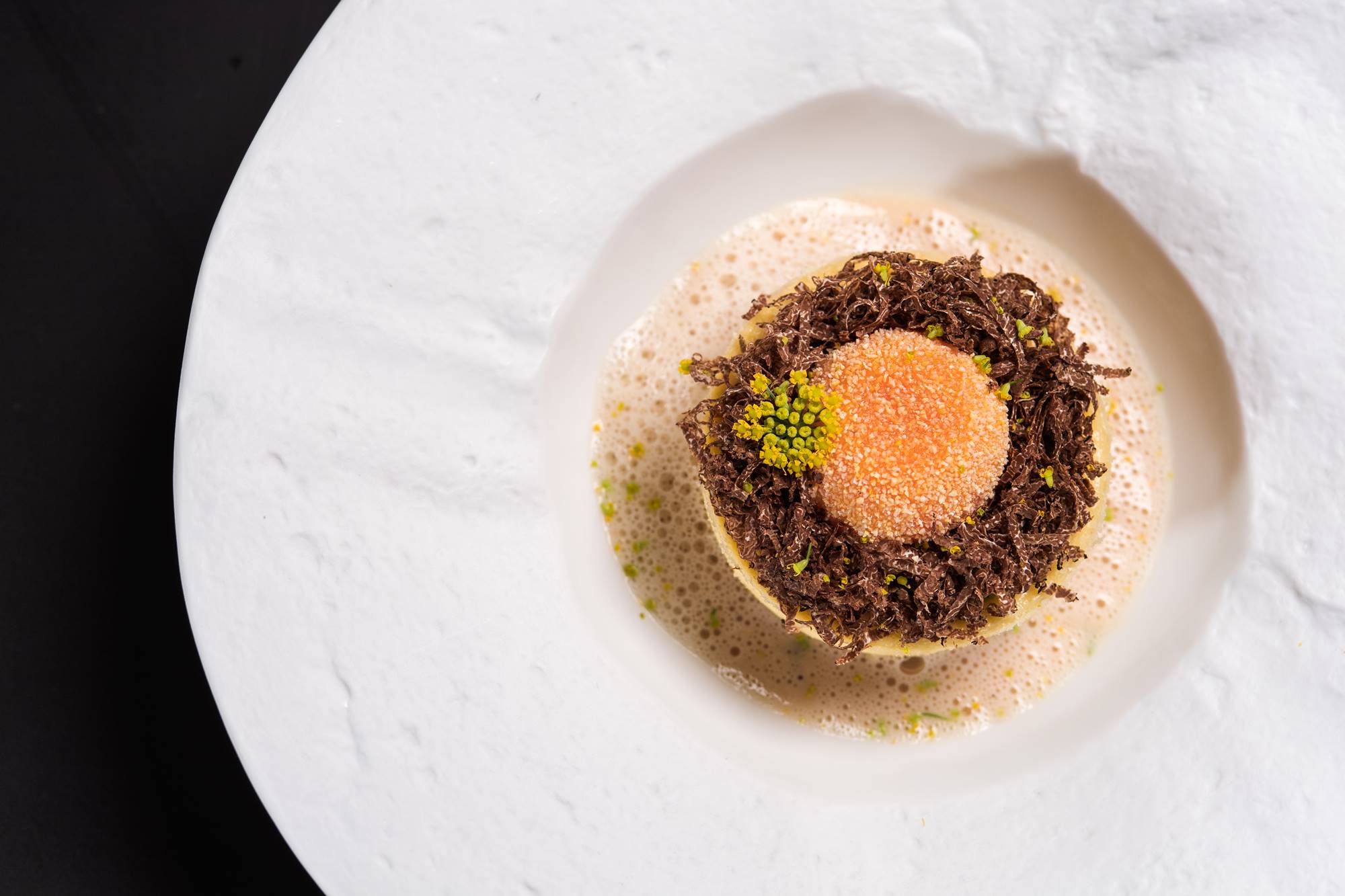 Culinary masterpieces of one of the best Slovenian confectioners. 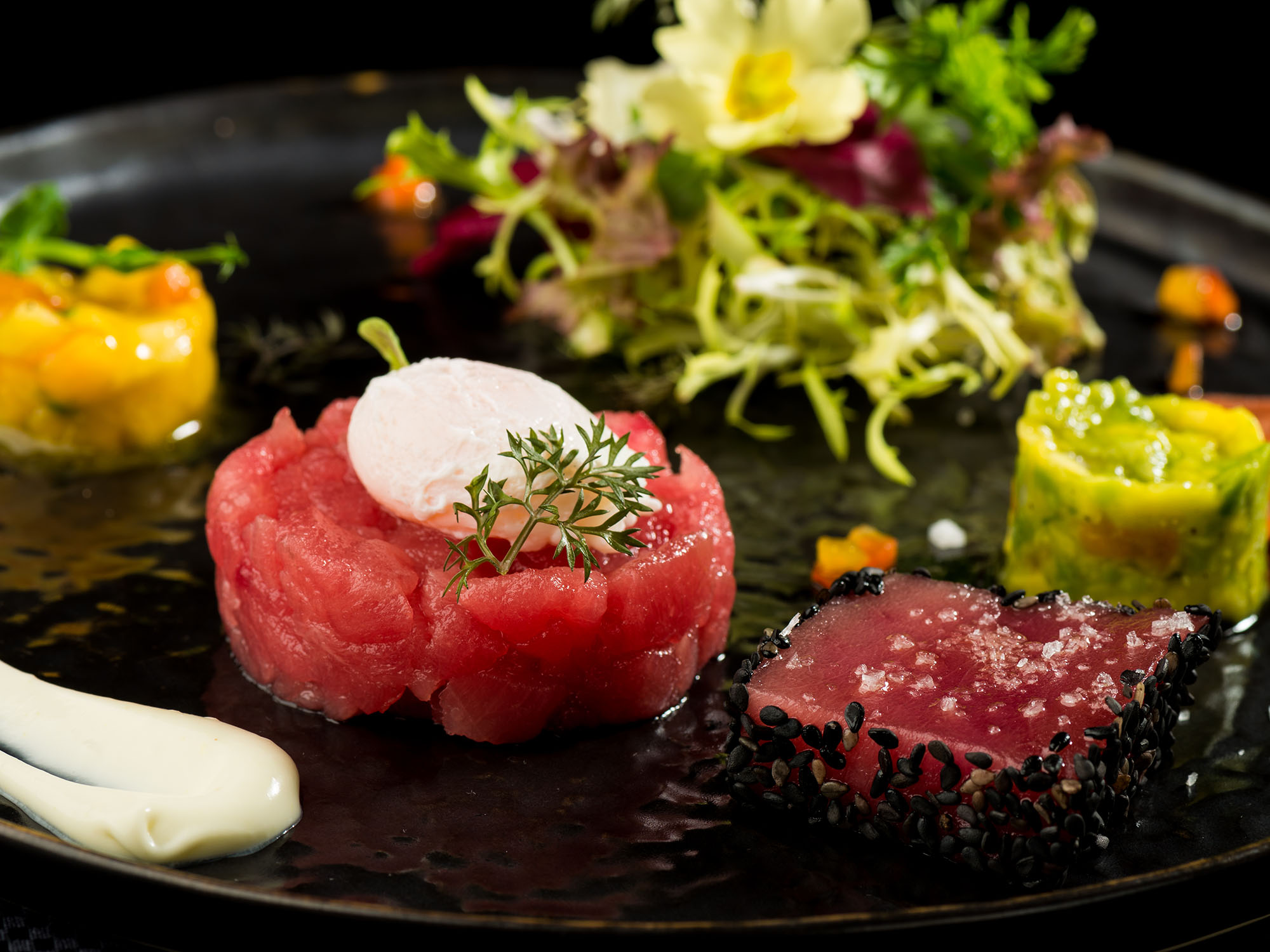 Maxim has been one of the most prominent Ljubljana restaurants for decades. 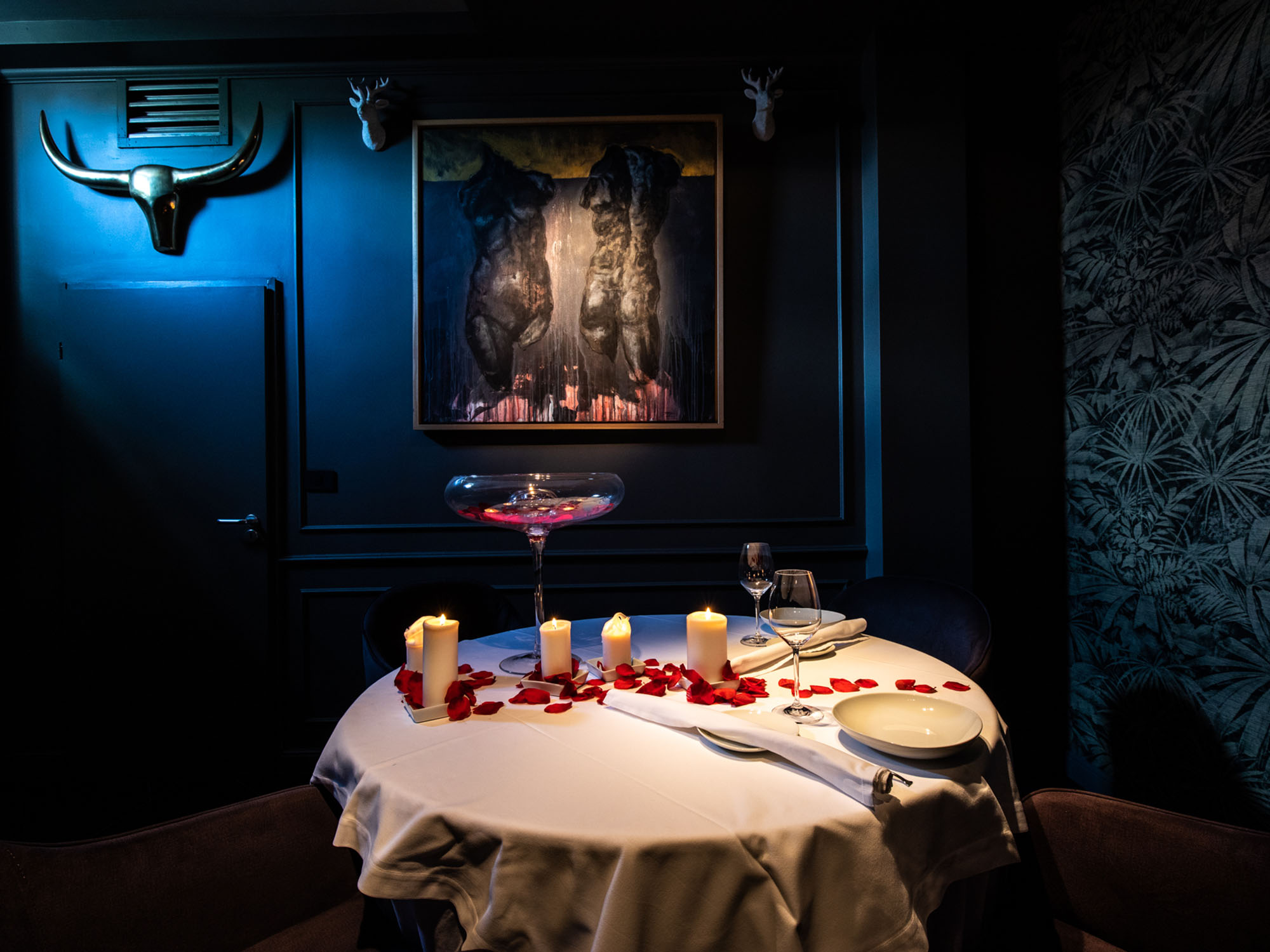 A small restaurant of great proportions where the flavours take you on an unforgettable journey across a sea of pleasure.