It is 4.30 in the morning. People in the valley are still asleep, but life on Velika planina, a plateau in the Kamnik and Savinja Alps above Kamnik has already awakened and the shepherds have begun their workday.

First, they work in the stables, and then they milk the cows and let them out to graze. The first sunbeams peek from behind the mountains and light up the top of the characteristic shepherds’ huts, which constitute an active shepherds’ settlement, without telephones or televisions, merely with electricity generated by solar cells. Such settlements have all but gone, mountains are populated by small bed and breakfasts and holiday accommodations, and dairy production has been transferred to the valley.

The green carpet of extensive meadows is neatly maintained thanks to the shepherds on the mountain who work hard – in July, they mow dangerous plants, and in August, they cut spruces and expand the pastures. In this way, 100 cows that graze on the mountain get the best pasture.

This defines the quality of Trnič and if cheese can even become Trnič. An important factor is grass, whether it contained herbs and if so which herbs it contained. The production and flavour of this unique cheese that hails from Velika planina is affected by many factors. 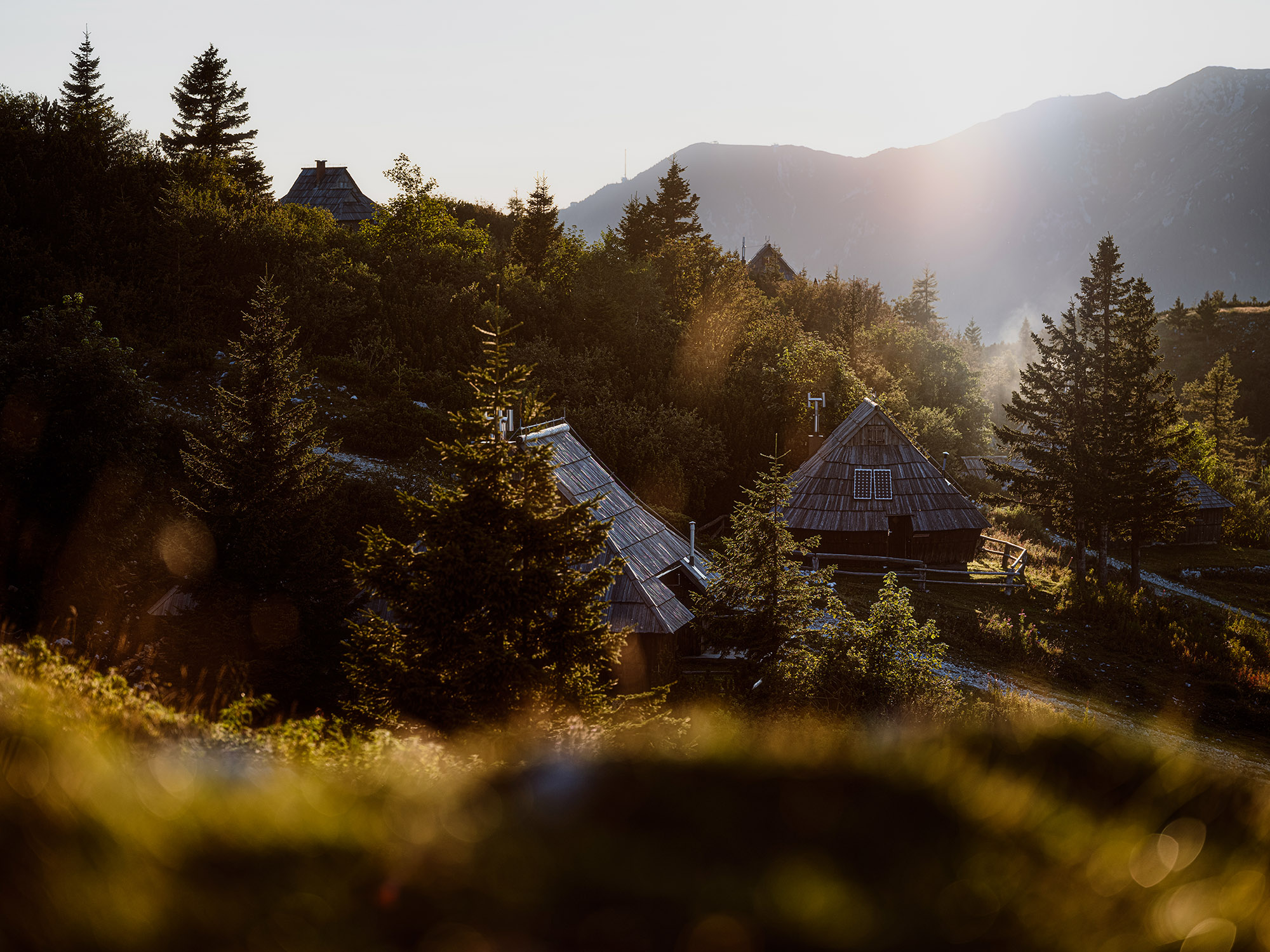 Trnič differs significantly from other hard cheeses – by shape, flavour, recipe, and the production process. Shepherdess Rezka was the last person on Velika planina Plateau to produce Trnič on the mountain according to the traditional procedure.  With her 92 years she still made the most beautiful Trnič, which was proven by the many awards she has received.

The production of Trnič is not simple and takes a lot of effort and patience, as the whole process, including drying above the fireplace, takes two to three weeks. After many years of experience, Rezka had a feeling of how to make cottage cheese of just the right softness so that it can be made into pear-shaped Trnič.

There are several stories about the shape of Trnič. The most popular says that shepherds used to make Trnič by the image of woman’s breasts, because they longed for their loved ones in the long months they spent on the mountain. According to the folk tradition, Trnič was made in pairs. Shepherds kept one for themselves, and gave the other one to their girlfriends as a symbol of love and faithfulness. If she accepted the gift, it meant that she was also faithful. 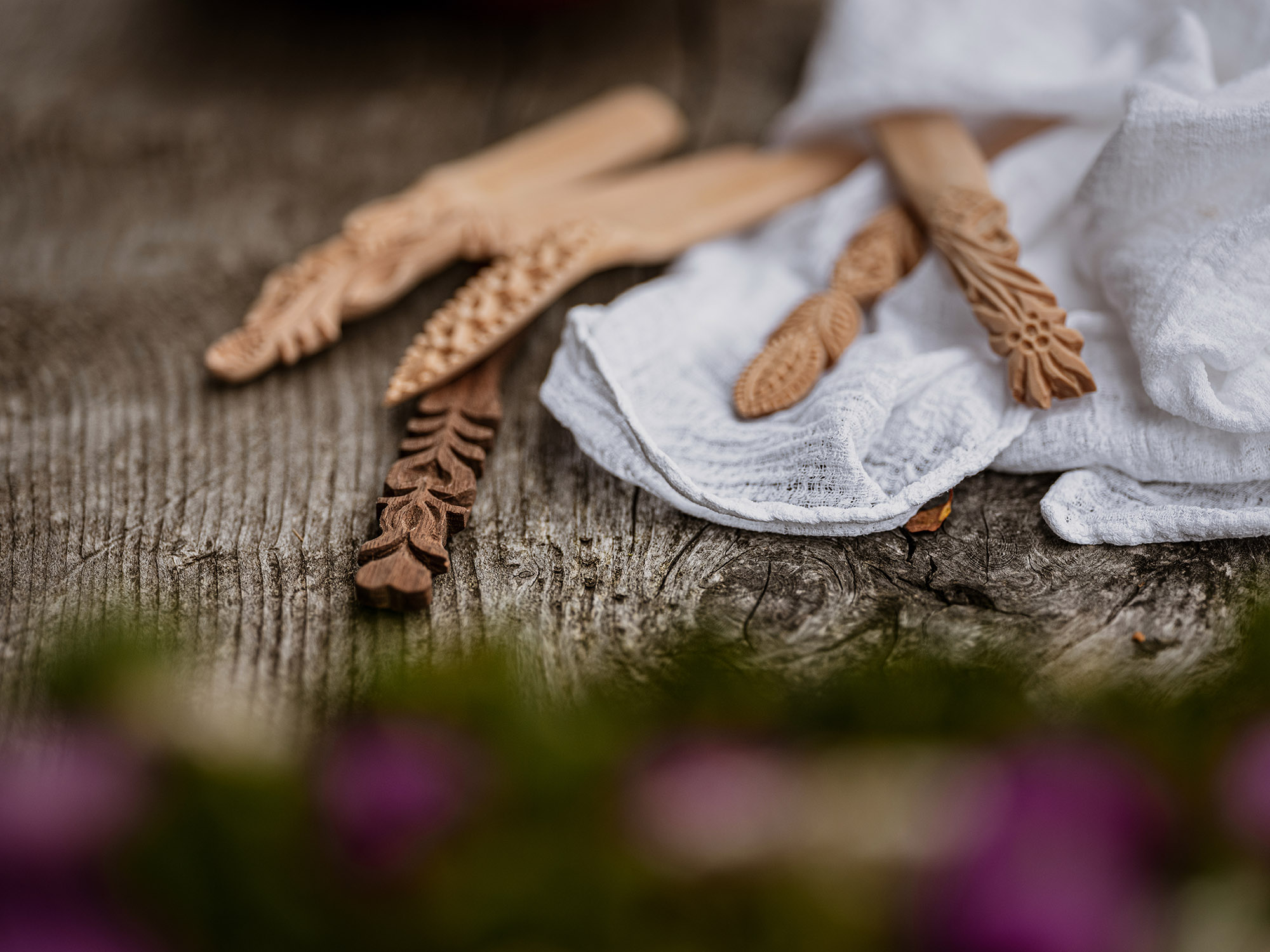 There are sixty-two huts in the shepherds’ settlement on Velika planina, and only eighteen shepherds. Or twenty, to be precise, because a husband and wife who are both shepherds count as one.

The youngest among them is 23-year-old Žan Potočnik who has been a shepherd since he was four, when he came to the mountain with his grandmother. Every year at the end of June, the political science student swaps books for a shepherd’s apparel and moves to Velika planina for three months, where he frees his shepherd soul. “To me, being a shepherd means to mix business with pleasure. I like the freedom on the mountain, I put out cows to graze and help other shepherds,” he says vibrantly, hinting that his youth and physical strength come in particularly handy when a cow needs to be chased around.

When on the mountain, he lives with 80-year-old Fani Trobevšek. Fani and her husband used to be shepherds. When her husband died, she needed help. Attesting to Žan’s activity and youthful energy is the fact that he takes care of her 16 cows and if necessary of one or two of the neighbour’s cows, takes part in the shepherd parliament as the grazing community on Velika planina is called, and carries out the Shepherd’s Day programme within which he shows tourists what a shepherd’s day looks like in practice. For the participants who spend the night on Velika planina, the day begins at half past four by milking the cows.

Žan knows a lot about cows – about the red Cika cattle, the original breeds that grazed here, the Simmental cattle that moved here from elsewhere, cross-breeding, habits, and last but not least, about their character. He says that they are very smart animals: “Older cows remember their place in the stable and when they return to the mounting the following year they go to that exact place where they stood almost a year ago.” 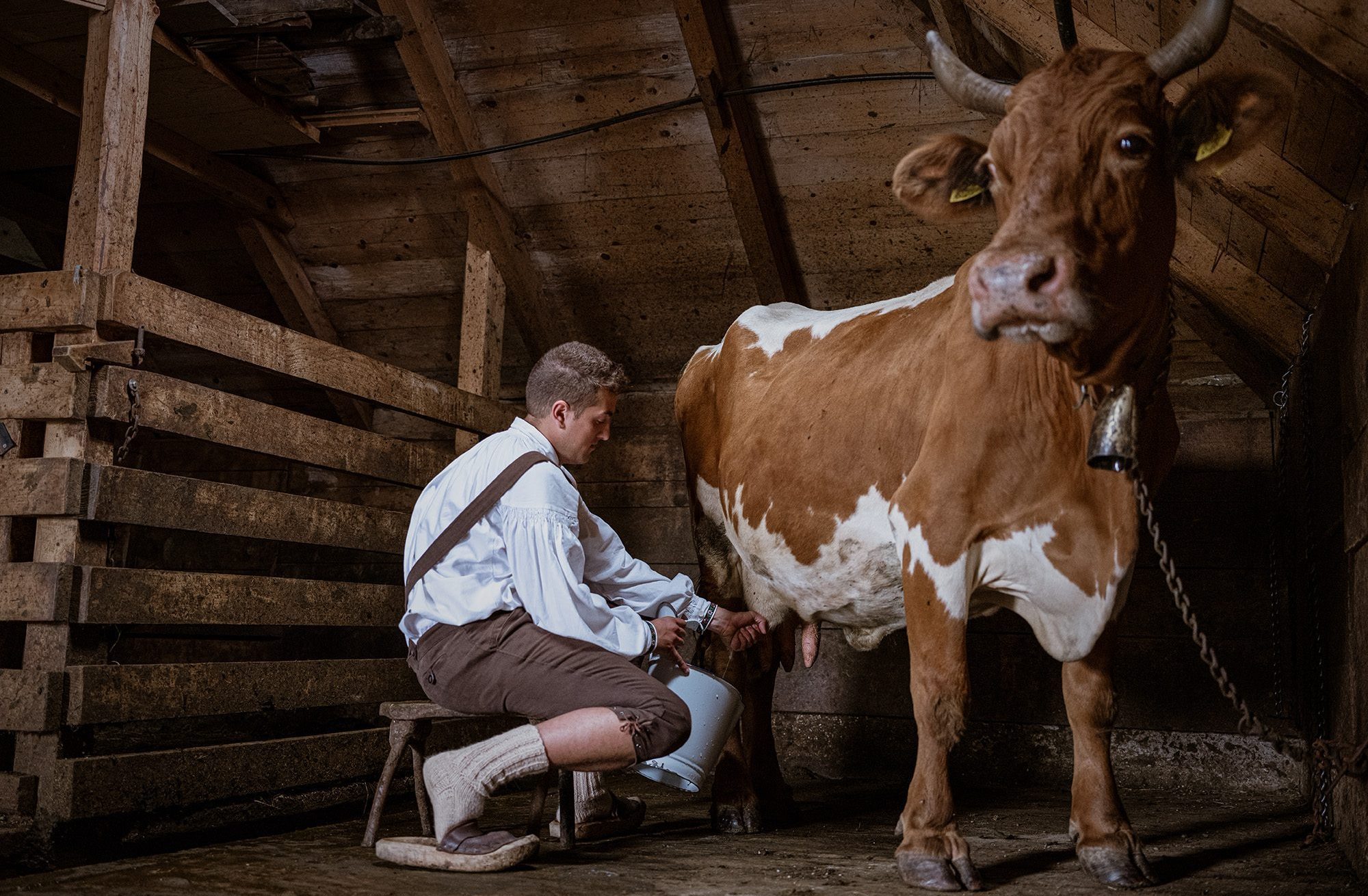 Fani, who is an excellent cook, takes care of the food. She prepares many dishes from dairy products made on the mountain and grows some vegetables in the garden. They buy the rest in a shop on wheels, which comes to the shepherds’ settlement on Thursdays. Žan’s favourite breakfast is masovnek made from cooked cream and corn flour. Up here, shepherds have always eaten it as it is a filling dish rich in calories and suffices for almost the whole workday. “Meals are simple and quickly made, for example jacket potatoes, one-pot meals and pasta. I love sour milk and potatoes with sautéed cracklings, I could eat them every day,” says Žan eagerly, and does not forget to mention the true shepherds’ snack with buckwheat žganci with crackling served in Gradišek’s shepherds’ dwelling. Robi Gradišek, who carries on the family shepherding tradition here, is one of only three professional shepherds on Velika planina. 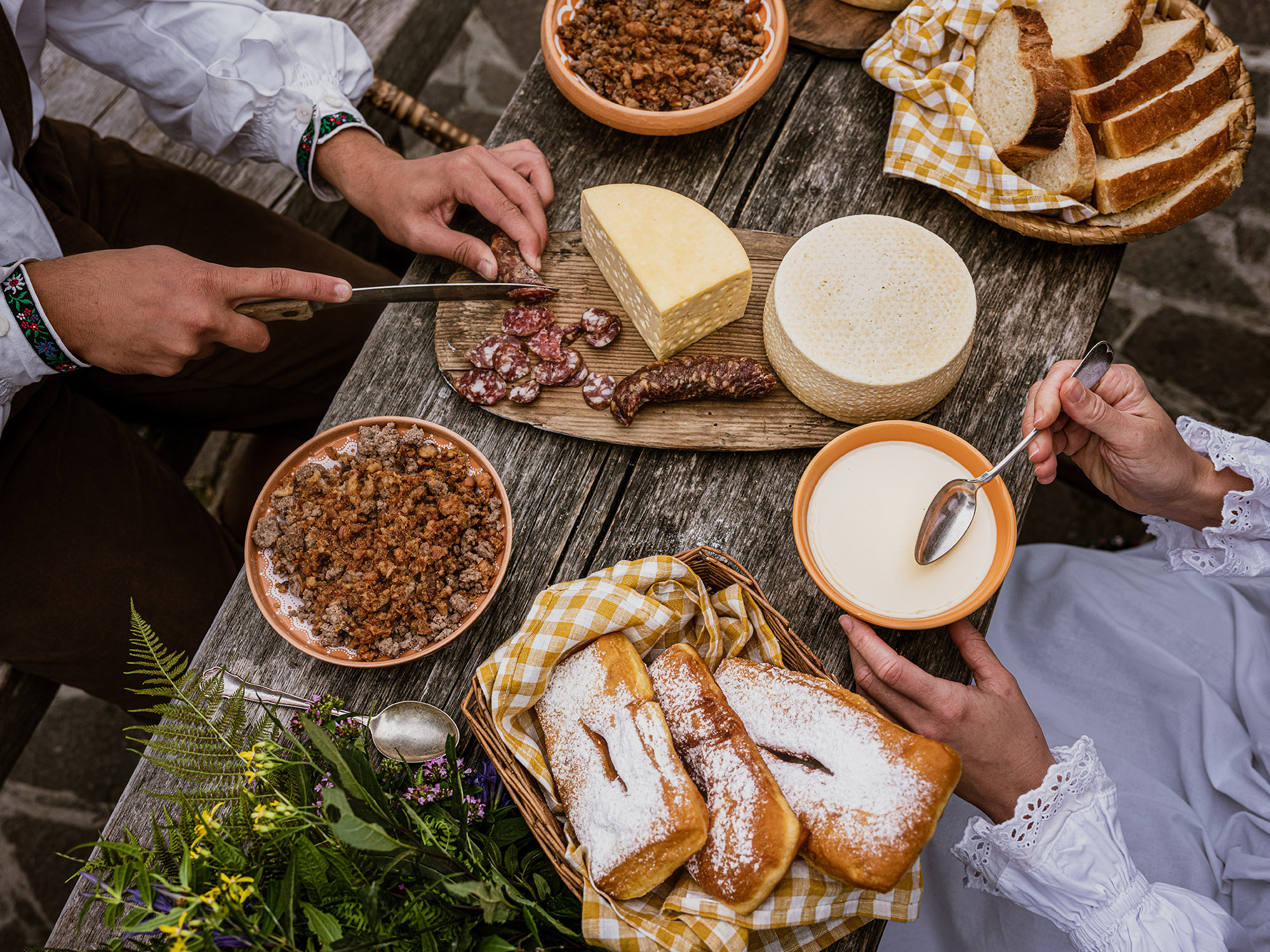 When speaking of upholding shepherding and family traditions, Rezka’a tradition stands out. She was happy to pass on her knowledge of Trnič production, strengthening intergenerational ties. Cheese maker Sonja from the Pr’ Gabršk farm and Tatjana from the Pr’ Španc farm make Trnič the way Rezka taught them. This year, Žan made his first Trnič and gave it to his girlfriend to uphold the tradition. 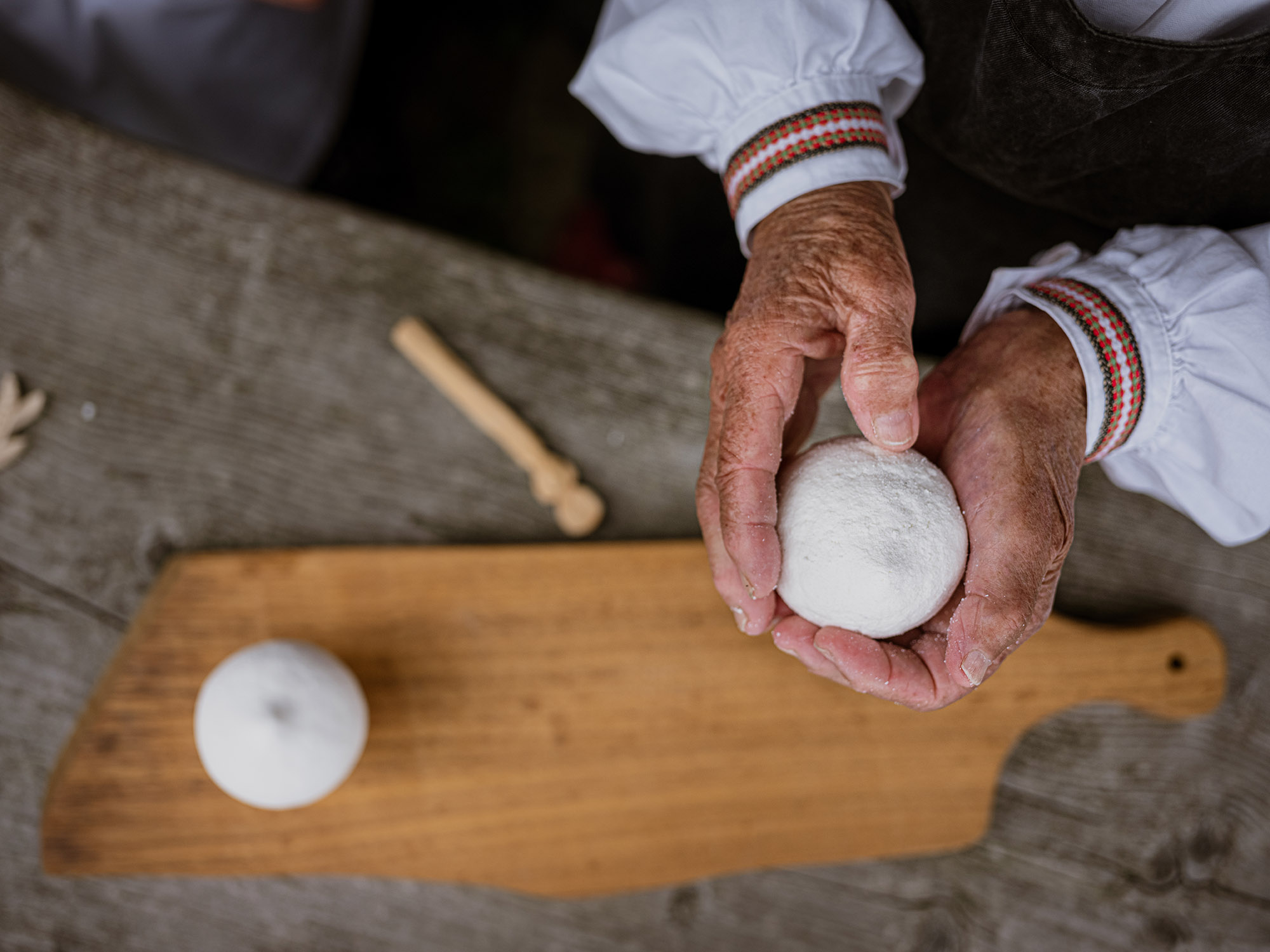 Outside of its primary environment on the mountain, Trnič is also used in more sophisticated modern cuisine. It has been used in the dishes of Gostilna Repnik since 2012 when Taste Kamnik came to life, which is the first culinary story in Slovenia. Top chefs, such as Primož Repnik, Janez Bratovž, Janez Uršič and Tomaž Vozelj under the mentorship of the renowned ethnologist Dr Janez Bogataj initiated the story in which the traditional culinary specialities of Kamnik, including Trnič, are presented and interpreted in a more modern way.

“Trnič is also used as a spice – due to its saltiness and the price that fits its boutique character. It goes perfectly with neutral flavours, for example, in combination with spinach gnocchi and butter or ravioli filled with wild garlic and cottage cheese,” says the chef of Gostilna Repnik, where the story about the exclusiveness of Trnič is presented to their guests in an exclusive way with words and actions when Trnič is grated onto a plate of fresh homemade pasta at the table by a waiter wearing white gloves.

The sky is the limit for the creativity of top chefs when they combine the traditional and the modern. Therefore, the value of Trnič can be found in all courses of the menu. This hard cheese from Velika planina works superbly as a starter with the addition of honey or pepper, as an addition to fish or meat dishes such as fried lamb chops, and as a salty icing on sweet chocolate cake. 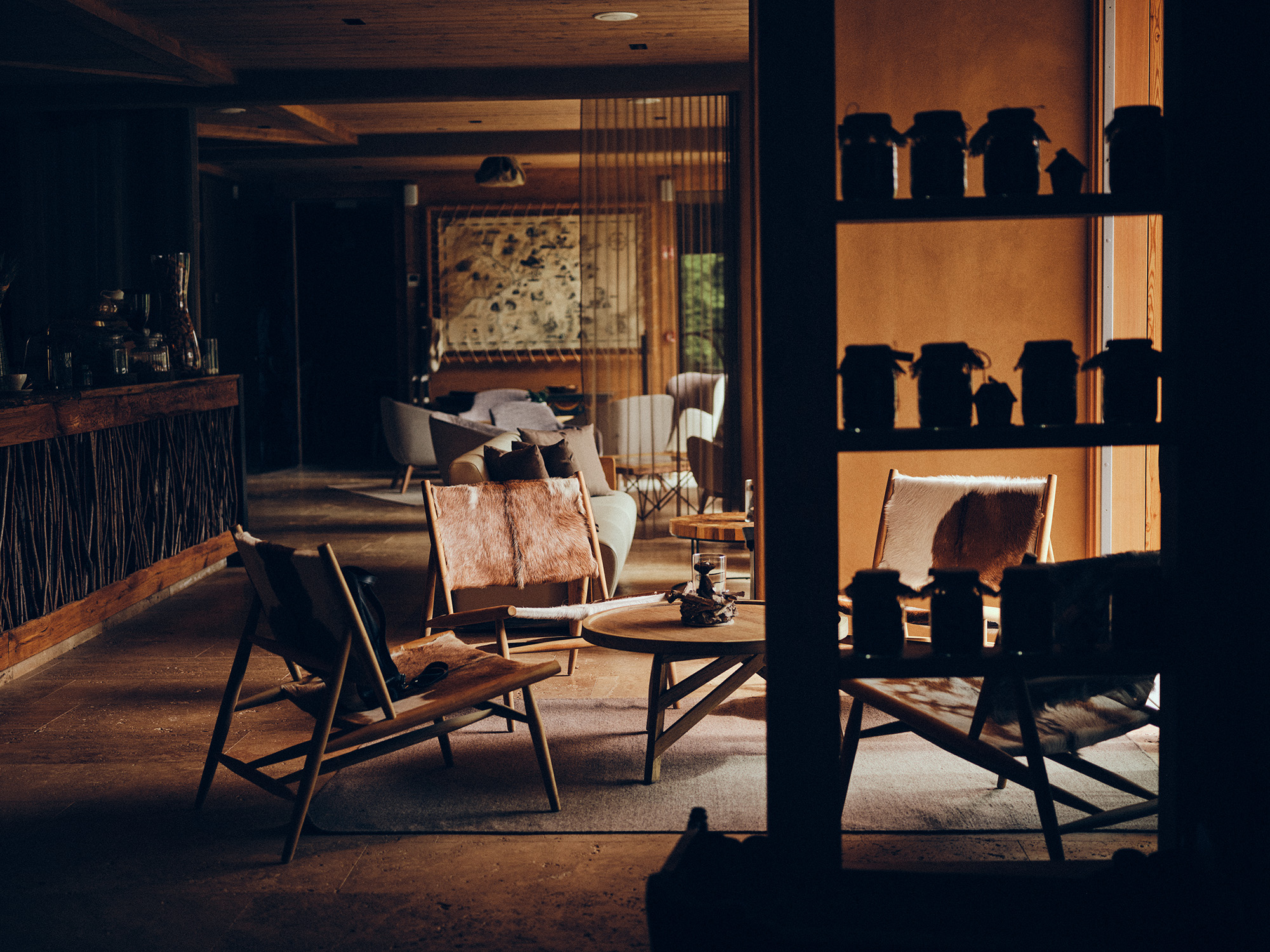 Tastes of nature below the Jezersko peaks

Welcome to the fairy-tale world of the remote corner of Slovenia, nestled among the high peaks and high-mountain farmsteads spread between the Gorenjska and Koroška regions. 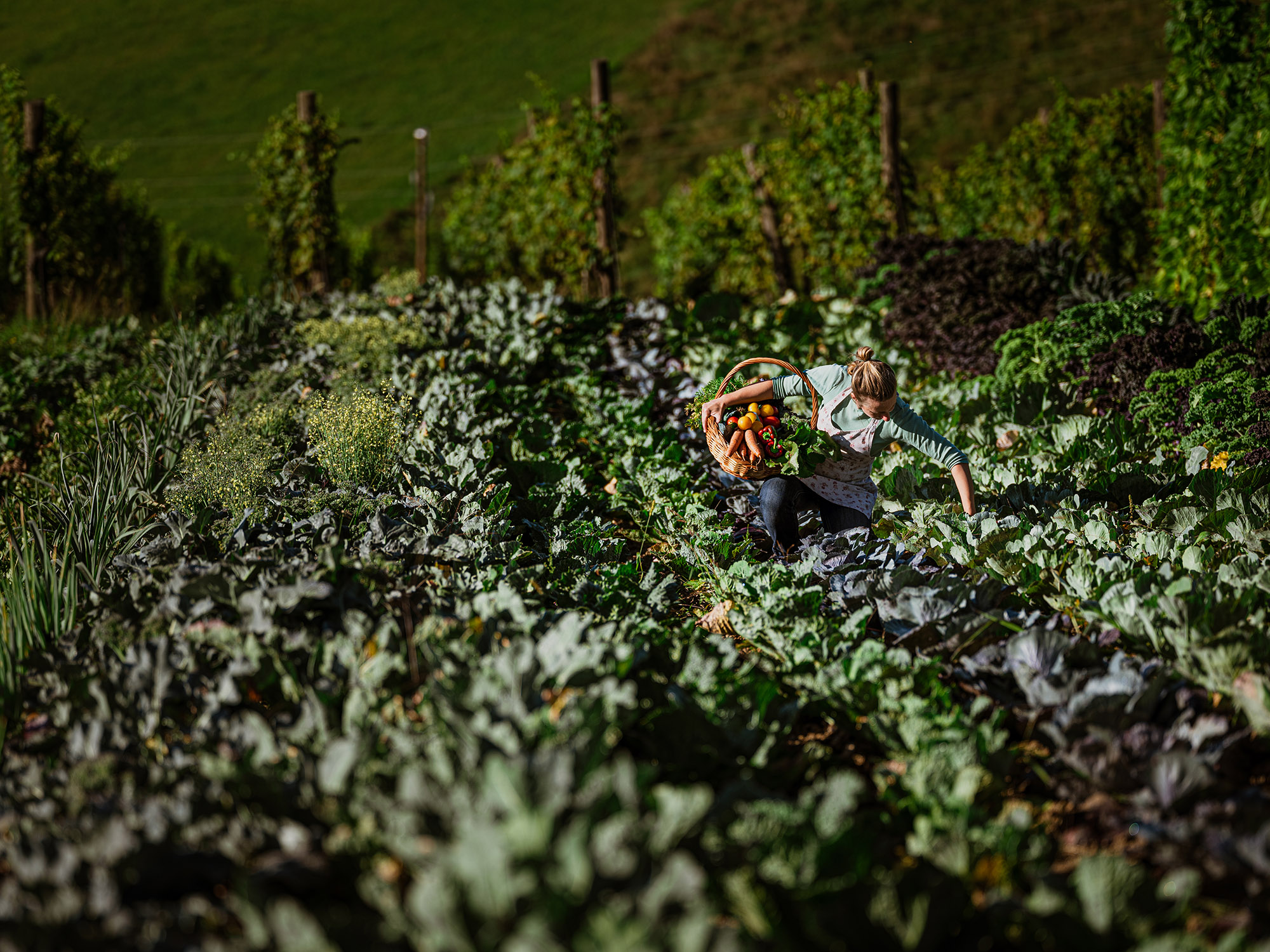 Boutique farm in the heart of the Pohorje slopes

Welcome to a tourist farm where you will feel like home. 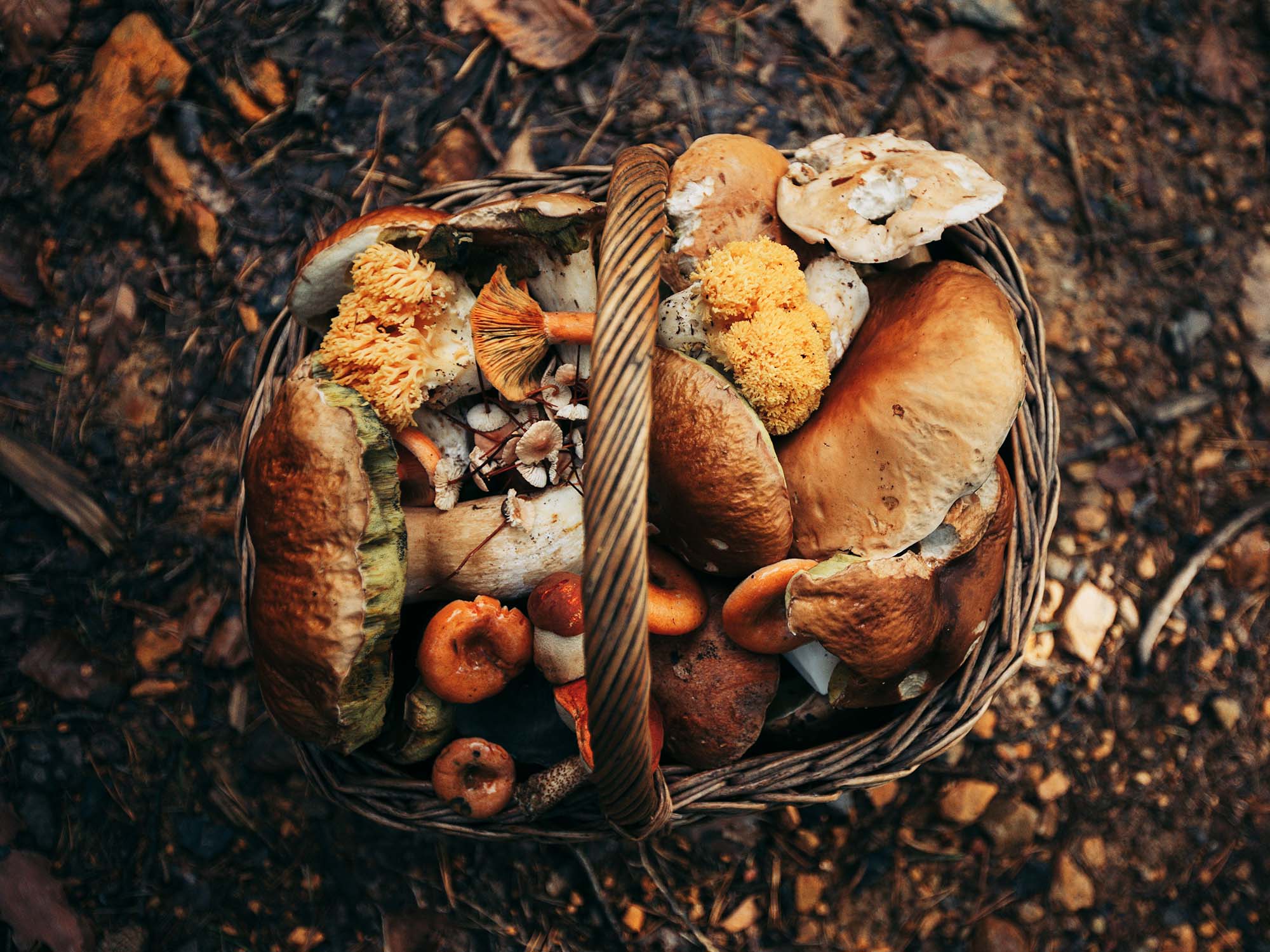 Culinary magic deep in the forests of Horjul

Homemade dishes with a Scandinavian touch and in harmony with nature. 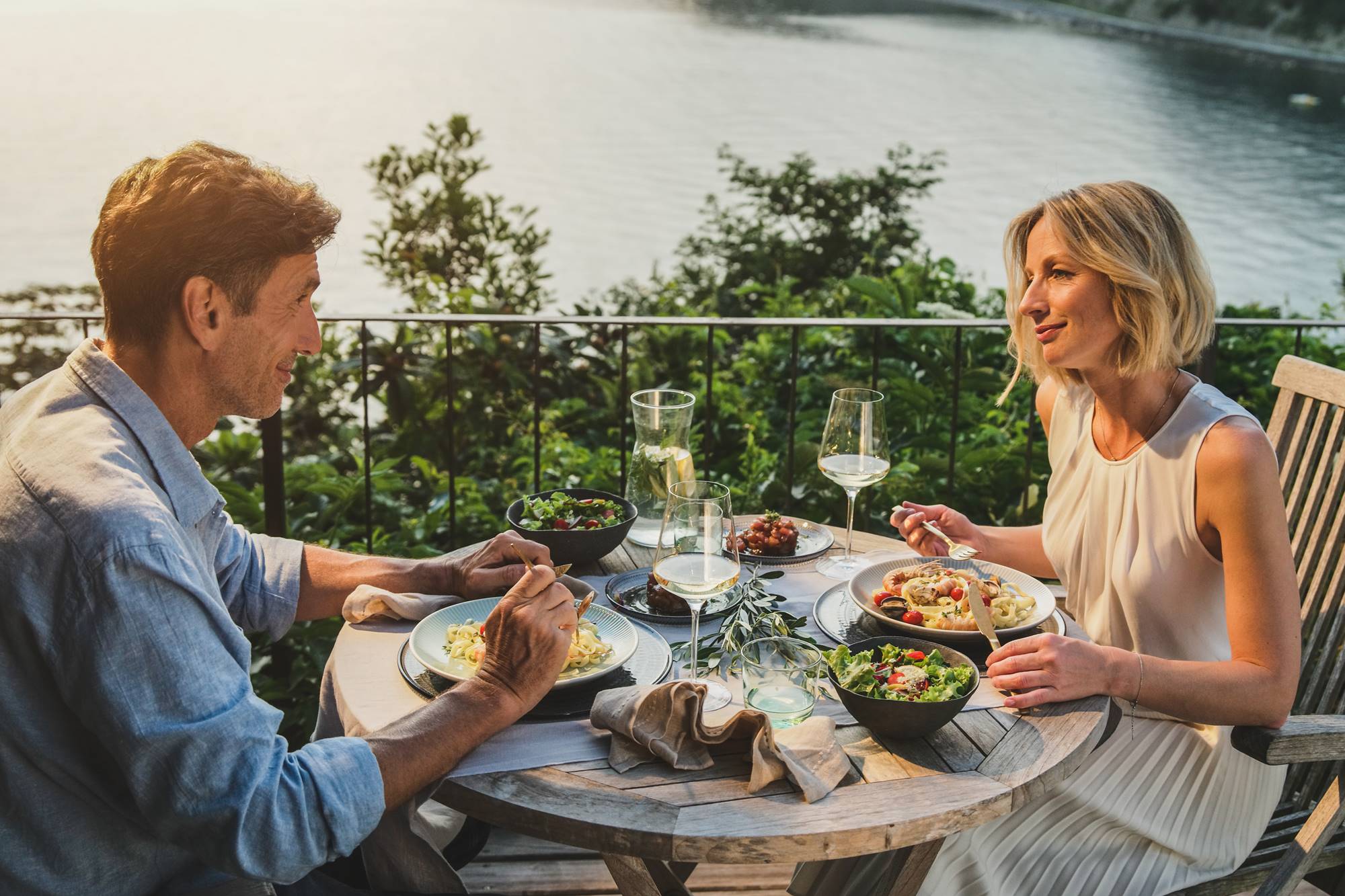 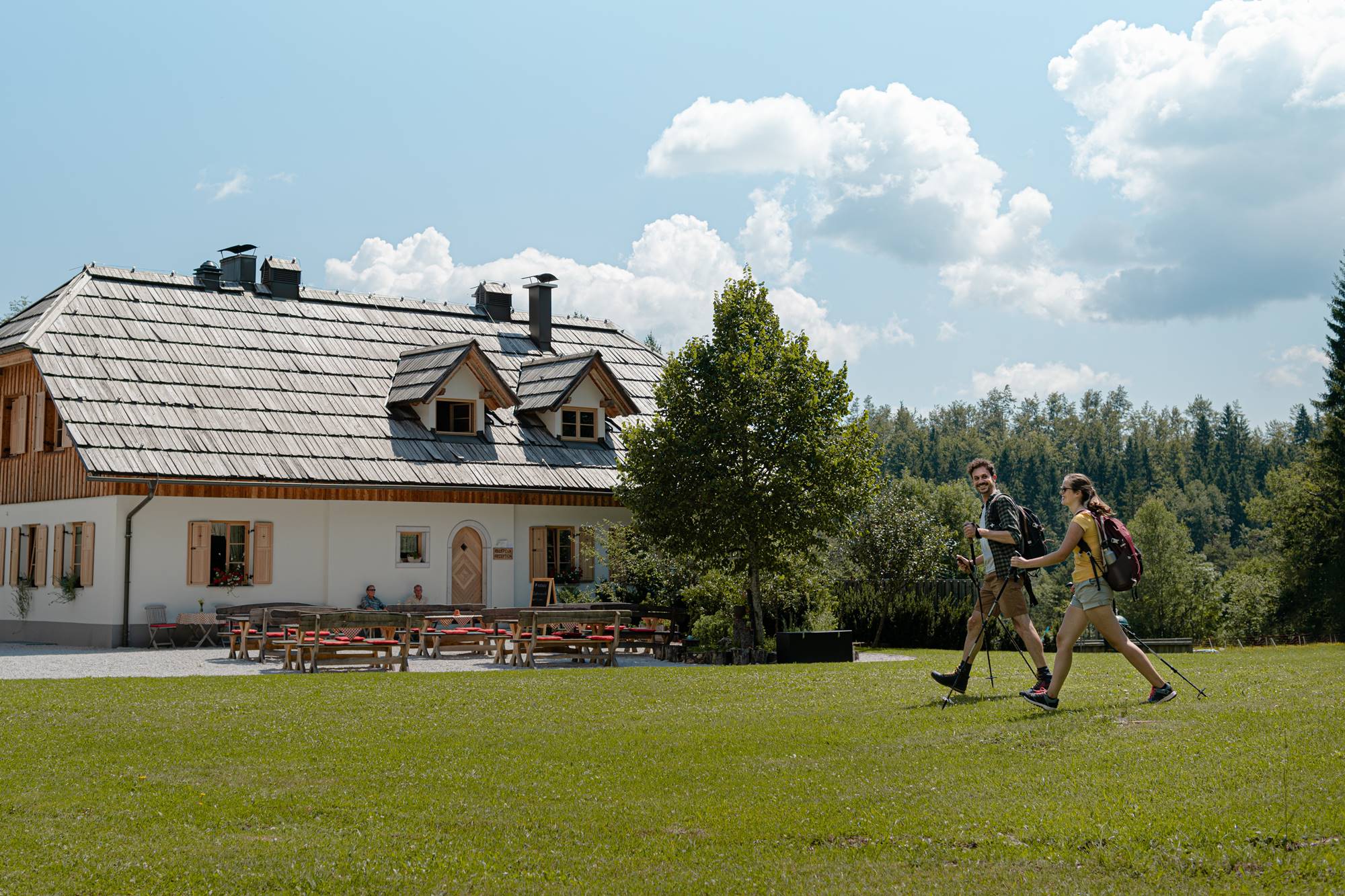 Good in the mountains 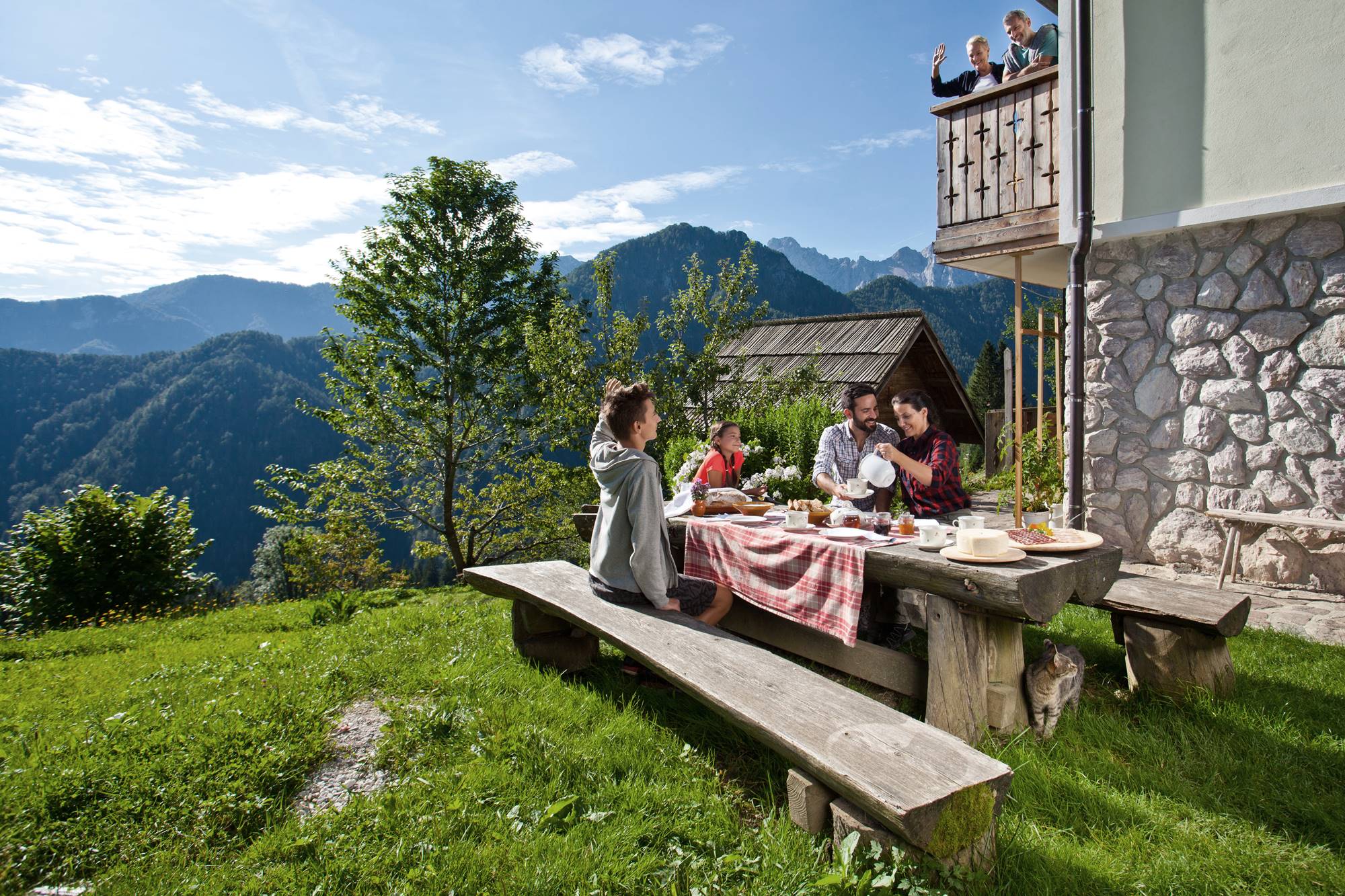 The most authentic experience can be found at farms

Farmers at more than 800 tourist farms prepare dishes for you as if you were their family.